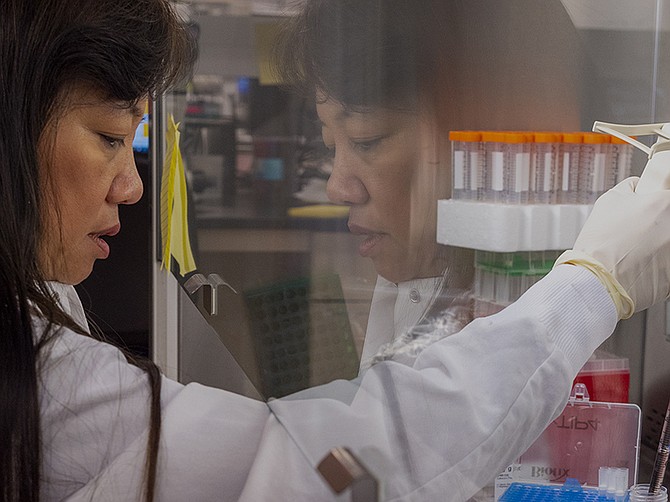 Aspen Neuroscience, a private biotech company developing the first autologous neuron replacement therapy to treat Parkinson’s disease, announced the close of its Series A funding round of $70 million.

“We are impressed by the progress Aspen has made to date against its goals to develop innovative therapies to treat Parkinson’s disease and encouraged by the broader investment community’s support of the company,” said Jonathan Silverstein, managing partner of OrbiMed.

“Our mission at Aspen Neuroscience is to develop a restorative, disease modifying autologous neuron therapy for people suffering from Parkinson’s disease,” said Howard Federoff, chief executive officer of Aspen Neuroscience. “We are dedicated to using a person’s own cells for replacement therapy and bringing best-in-class treatments to people suffering from Parkinson’s disease as rapidly as possible.”

Federoff discussed the types of Parkinson’s.

“There are two types of Parkinson’s disease (PD): Sporadic accounts for about 90% of all PD and while it appears to have a very small genetic contribution other factors, likely environmental, are major contributors,” Federoff said. “Aspen’s ANPD001 addresses sporadic PD. The second type is familial. In this group, there are a number of genes that when mutated contribute to causing the disease. Typically, familial PD families will have more than a single person carrying the defective gene and having the disease. Aspen’s ANPD002 addresses the most common genetic form caused by mutation in the gene GBA. Aspen will focus on the most common of the GBA mutations in the U.S.A. to develop and autologous product that will not only replace the lost dopamine neurons but also transplant cells that have normal levels of the enzyme encoded by the GBA gene, called GC’ase.”

While $70 million is a lot, clinical trials don’t come cheap.

“The funds we have raised should allow us to complete Phase 1 clinical development of our lead, ANPD001, and position our second program, ANPD002, to be ready for IND,” Federoff said.

According to Aspen, the financing will also support the continued R&D pipeline which includes autologous gene-corrected dopamine neurons for heritable forms of Parkinson’s disease risk (ANPD002) and programs that extend beyond dopamine neurons and explore the treatment of diseases marked by neuroinflammation.

Competition does not appear to be a problem. “To the best of our knowledge, there are no similar autologous dopamine therapies being developed,” Federoff said.

Aspen’s therapies are based upon the scientific work of world-renowned stem cell scientist, Dr. Jeanne Loring, who has developed a novel method for autologous neuron replacement, the company said.

Federoff credited key factors behind the approach. “Advances in stem cell biology, the discovery of how to reprogram cells (bringing them back to pluripotency — i.e., able to make any cell in the body) and bioinformatics to characterize both DNA and RNA changes.”

Using the patient’s own cells for the treatments bring some pluses. “There are two advantages and one potential benefit,” Aspen’s CEO said. “First, because the cells to be transplanted are from the same individual no immunosuppressive drugs are needed. This contrasts with allogeneic (from another person) stem cell transplantation. Second, if a second transplant is required many years later this will be possible, again because the cells are from the same individual and will not be rejected. The potential benefit arises because your own dopamine neurons are tuned to find their optimal synaptic partners which is likely not the case when the dopamine neurons come from a different person.”

Aspen leverages proprietary AI-based genomics tools for comprehensive quality control which allow for a reduction in the time and cost of the manufacturing process required to produce a safe, reproducible, and personalized cell therapy, according to the company.

“The Series A funding will support the completion of all remaining IND-enabling studies and FDA submission of the IND relating to Aspen’s lead product (ANPD001), as well as the recruitment and screening of a trial-ready cohort of persons with Parkinson’s disease and the manufacture of their cells for the lead product,” the company said. “Additionally, the capital will allow the company to obtain meaningful data from the Phase 1 clinical study to show evidence of biological effect of the therapy and lay the foundation for the Phase 2 multicenter randomized controlled study.”

Federoff sees possible promise in the restorative powers from the treatments.

“We anticipate that when we replace dopamine neurons that have been lost prior to transplantation that the cellular replacement holds promise for setting the clock back on the disease as it relates to the common and disabling motor features of the disease,” Federoff said.

What might a patient expect if this treatment works perfectly?

“The anticipation is improved motor function, better quality of life, and possibly the reduction of medicines,” Federoff said.

When asked for timelines for the drug, the CEO emphasized the current uncertainties.

“We are in the midst of an unprecedented pandemic that is straining the health care and business infrastructure globally,” Federoff said. “Despite extensive planning, milestones and other projections Aspen Neuroscience cannot control the environment of our contractors. At this time, we have developed many contingencies but the COVID-19 impact is still not fully understood. Accordingly, we must allow for time to recalibrate to refine timelines.”

Aspen added several seasoned industry executives to the board of directors including the new chairman, Faheem Hasnain, who is founder and chairman of Gossamer Bio. Other additions include Tom Daniel, chairman of Locana, an RNA targeting gene therapy company and venture partner at ARCH Ventures, and Peter Thompson, co-founder and chairman of Silverback Therapeutics and partner at OrbiMed. These members join existing directors which include Aspen CEO Howard Federoff, David Barker, former CSO of Illumina, and Stephen Squinto, co-founder of Alexion Pharmaceuticals, co-founder and former CEO of Passage Bio and executive partner at OrbiMed.

Federoff praised Aspen’s new chairman. “Faheem is a well recognized and exceptional leader in the biotechnology industry,” Federoff said. “His vast experience as an operator, board member, co-founder and chairperson will have enormous benefit to Aspen Neuroscience as he assumes the role as chair of the board of directors.”