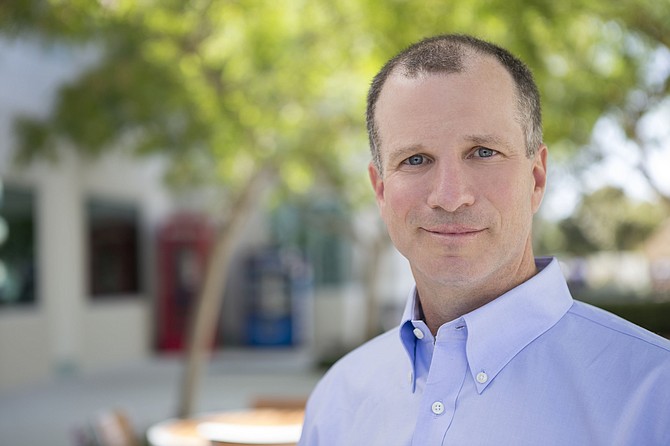 Talk about a captive audience. Consider the people sitting on a commercial airline flight, whiling away the hours with the in-flight entertainment system.

Viasat Inc. provides satellite internet connectivity for such in-flight systems, and recently announced a some new twists on the service.

The Carlsbad based company said in September that it entered a partnership with Ireland-based InflightFlix. The latter business is a content provider, offering video guides geared toward a particular flight’s destination. A typical guide would outline the top 100 places to visit, eat, drink and stay at a destination. Under the partnership, Viasat (Nasdaq: VSAT) would present the content on airlines’ in-flight entertainment systems — and airlines would get extra revenue from the arrangement.

Revenue from content on in-flight entertainment systems — including advertising, sponsorship, shopping and destination content — is expected to grow from $170 million in 2016 to $1.3 billion by 2026, according to the Valour Consultancy, a United Kingdom-based company that researches in-flight entertainment and connectivity. Destination content will represent about two-thirds of expected total revenue in 2026. Growth will be driven by the development of innovative forms of advertising.

Viasat said in a statement that an airline would earn a significant, fixed monthly payment for each aircraft displaying the content. It would also be an opportunity for airlines to expose passengers to other destinations served by the airline — in essence, cross-sell.

“In partnering with InflightFlix, we can further grow Viasat’s portfolio of ancillary revenue products aimed at helping airlines monetize the passenger journey,” said Don Buchman, vice president and general manager of commercial aviation at Viasat, in a statement issued by the company. “This partnership is unique in that it is highly customizable — ensuring airlines can best connect their passengers with experiences and flight routes.”

In related news, Viasat inked a similar deal with Berlin-based GetYourGuide, which will offer tickets and book tours (often on the same day of the flight) through the Viasat in-flight system.

“Our partnership with GetYourGuide makes it fast and simple for airlines to improve their in-flight customer experience, and earn a significant commission without any cost,” Buchman said in a prepared statement.