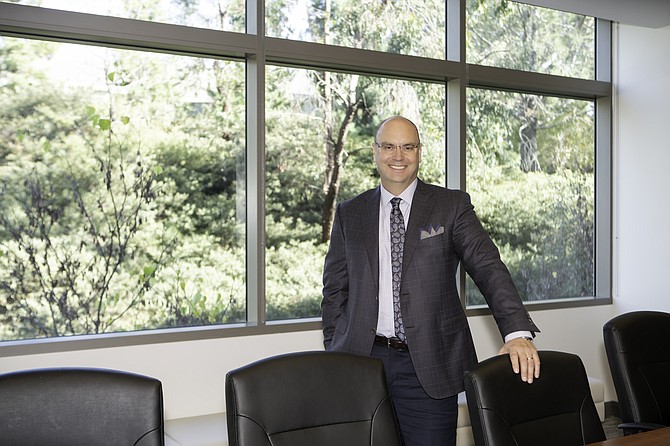 Bank of Southern California, a midsized bank based in San Diego, will acquire Rancho Santa Margarita-based CalWest Bancorp. The deal, valued at $32 million, is expected to close in early 2020.

Bank of Southern California (OTC Pink: BCAL) and CalWest Bank (OTCBB: CALW) signed a definitive agreement on Oct. 21. Per the terms of the deal, Bank of Southern California will make an all-cash offer that would value CalWest at 43 cents-per-share. CalWest Bancorp’s stock is currently traded over-the-counter, meaning it is not listed on a formal exchange, and was valued at 41 cents at market open on Monday.

The deal would bring together the two community business banks, and would give Bank of Southern California a stronger foothold in the area with its recent expansions north of San Diego.

“Because both banks have similar cultures and an overlap in types of clients we’re interested in bringing to the bank, there’s already a fit there,” he said.

Rogge said he had a list of about half-a-dozen banks in the area that would be a good fit should they ever have an opportunity to merge.

“Community banks in Southern California, there aren’t as many as there used to be. We all know each other,” he said. “It’s harder to compete when you’re smaller because of the lack of resources. … These little banks aren’t traded very much. The only way to get liquidity is to sell.”

CalWest Bank has three branches in Orange County and one office in Redlands. The combined entity is expected to have pro-forma assets of $1.1 billion and combined capital of $120 million.

“We are pleased to partner with an organization that shares our approach to community banking,” CalWest Bank CEO Glenn Gray said in a news release. “Bank of Southern California’s sound financial condition and comprehensive business expertise make them an excellent choice and natural partner for us.”

The deal is part of a key strategy for Bank of Southern California to continue to expand in Los Angeles and Orange County. Last year, the bank opened a branch in the city of Orange. The merger with CalWest would add branches in Irvine, Huntington Beach, Redlands and Rancho Santa Margarita.

“We really build the model around that organic growth expectation,” he said. “At the same time — I do keep my eyes out for opportunities.”