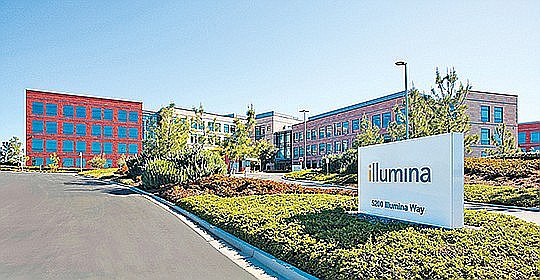 Illumina said it will continue to answer questions about its proposed acquisition of Pacific Biosciences ahead of a U.K. regulator's financial decision.

A U.K. antitrust regulator has tentatively rejected Illumina’s $1.2 billion acquisition of Pacific Biosciences with a final decision slated for December.

In draft findings, the Competition and Markets Authority, or CMA, on Oct. 24 said the deal would remove a competitive threat to Illumina, the largest player in the DNA sequencing market.

“At this stage, the only structural remedy that CMA has identified as being likely to be effective would be prohibition of the proposed merger,” the agency said, summarizing a months-long investigation.

CMA said it’s open to other ideas that would alleviate its concerns over the merger, but so far none pass muster, including divesting or licensing intellectual property.

The agency invited interested parties to make their case by Nov. 14, with a final decision due in December, according to San Diego-based Illumina.

“We will continue to work with the CMA to answer their questions and help them understand how the acquisition will benefit researchers and clinicians to further accelerate genomic discovery,” the company said in a statement sent to the San Diego Business Journal.

It’s unclear if a CMA denial would kill the deal. In theory, the companies could still merge and forgo the U.K. market.

But what’s apparent is that CMA has stepped up antitrust scrutiny of acquisitions, said Shawn Baker, who heads SanDiegOmics.com, a genomics consulting company.

“That’s the wide consensus,” said Baker, who has written about the deal.

Last April, the agency blocked a merger between supermarket groups Sainsbury and Asda.

Illumina became a force in DNA sequencing with “short read” technology that’s used by customers like 23andMe and hospitals searching for genetic clues to complex cases.

In June, CMA said the acquisition raises anti-competitive concerns and referred the matter to a more thorough investigation. On Oct. 24, the agency said the deal has the potential to reduce choice and increase prices.

“DNA sequencing is a highly concentrated industry and given the strength of Illumina in this market, and the limited number of alternative providers, the removal of an innovative competitor like PacBio is likely to have a significant impact on competition,” said Stuart McIntosh, chair of CMA’s inquiry, in a statement,.

Baker has argued in favor of the deal, saying Illumina is better positioned than competitors to advance Pacific Biosciences’ technology.

The companies originally called for the acquisition to close midyear, but with the CMA investigation, they recently agreed to push back the date to as late as March 2020.

As part of revision Illumina will pay Pacific Biosciences at least $18 million to help fund the company’s operations.