Local companies raised a total of $707 million across 34 deals in the third quarter, down slightly from $929 million raised during the same period last year across 28 deals. But even with the slight dip in VC funding, San Diego startups are still on track for another strong year, said Eric Hornsten, a San Diego partner with PricewaterhouseCoopers. 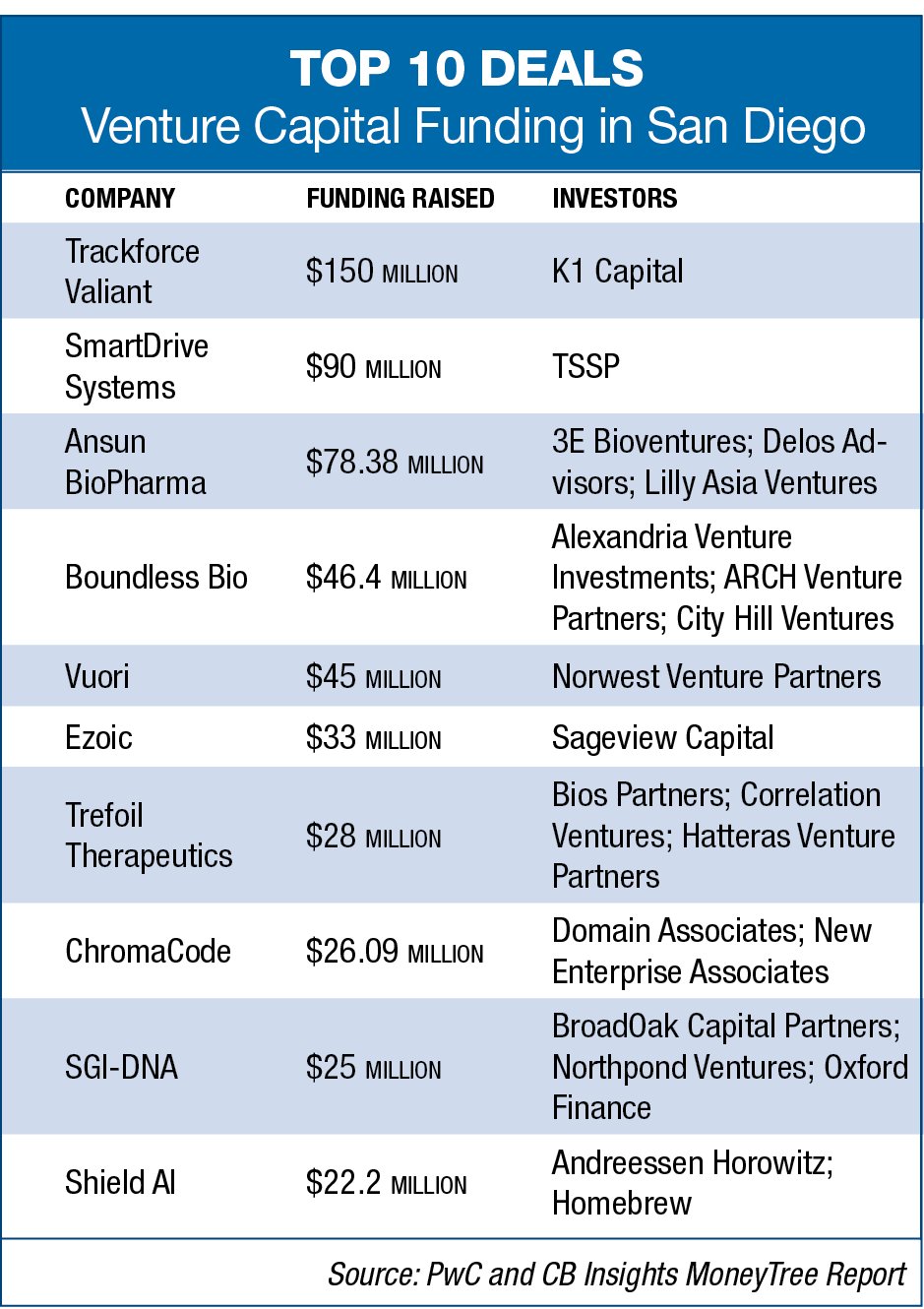 “While it’s down, it’s still very, very healthy,” he said. “It’s still higher than many of the recent comparable quarters.”

It’s worth noting that last year, with companies raising a total of $2.66 billion, venture capital funding approached levels not seen since the dot-com bubble of 2000. So far in 2019, companies have raised about $1.83 billion.

By total raised, health care was still San Diego’s largest sector, bringing in a total of $272 million in funding during the third quarter. However, it made up a smaller share of the pie than in previous quarters.

Mobile and telecommunications companies brought in $150 million, and internet companies (which can include some SaaS companies) brought in $96 million. Automotive, likely referring to SmartDrive, brought in $90 million.

“It’s consistent with a broad trend in San Diego: health care is the No. 1 industry (for funding) and SaaS is no. 2,” Hornsten said. “It’s great. There’s a diversity of companies that are getting funded.”