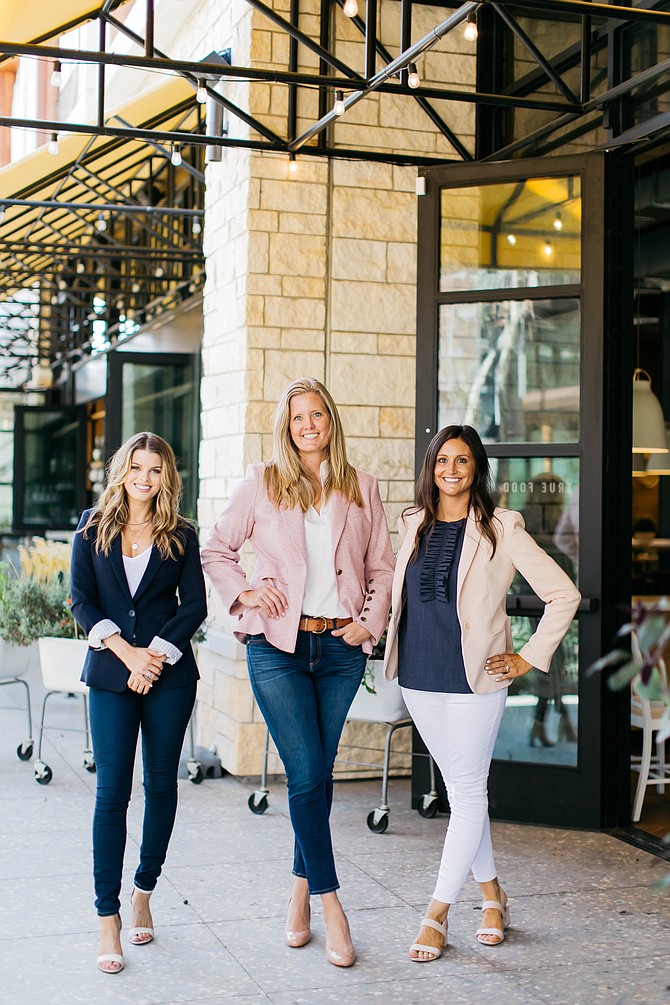 Carrie Bobb stood out when she became a commercial real estate broker in 2003 in a field dominated by men.

She’s doing it again by forming her own commercial real estate agency with two other women — a “female focused” firm in a field where there are few others created by a woman, run by a woman and with women as the staff.

Perhaps, but as a former first vice president in San Diego of one of the biggest commercial real estate brokerages in the country — CBRE — Bobb figures she’s got the know-how to make it work in the firm that bears her name, Carrie Bobb & Co.

“We are definitely leaving our comfort zone. We are taking some risks. They’re calculated risks,” Bobb said. “Being a minority, it’s challenging at times. There’s also some unique opportunities that come with it.”

Bobb has an armful of statistics to make her point.

Women account for 85 percent of all retail purchases, she said.

Women control 60 percent of all personal wealth in the United States.

Over the next decade, women are projected to account for two-thirds of personal wealth, she said.

As the owner or developer of retail property, “You want to make sure you’re thoughtful and aware of the female consumer as you’re making real estate decisions,” Bobb said.

Specialized in Retail at CBRE

At CBRE, Bobb specialized in representing retail clients, including Kilroy Realty in the retail portion of its One Paseo development in Carmel Valley.

“Coming off of leasing One Paseo, I was really in a sweet spot in my career and it made some sense to take some risks at this point,” Bobb said.

She formed her own company earlier this year after taking a year off.

“I want to look back and know that I went for it and I didn’t play it safe,” Bobb said.

Her decision to create an all-women brokerage is “unusual,” said Jacqueline Greulich, associate director of real estate and student and career services at University of San Diego’s Burnham-Moores Center for Real Estate.

“In residential, we see a lot of women getting together to form a team. On the commercial side, it’s the first time I’ve heard of just women in San Diego,” Greulich said.

She said it makes “total sense.”

Greulich said that when she worked as director of broker resources at Burnham Real Estate, “People would say women would always bring a different perspective, like what to put in a (store) window.”

“I would love to watch these ladies, track them five years out to see where they are,”

Greulich said. “I’m excited to have more women do this because other females are going to say they’re paving the way. Having them as role models is going to be wonderful for young ladies in the future in our industry.”

Although her company emphasizes its all-women credentials, Bobb said men are very much included in its orbit as advisors and clients.

“We recognize that we have a different perspective but we also have different blind-spots. That’s why we have some men advising us, making sure we’re not doing the same thing differently,” Bobb said.

Jones had been director of retail leasing at Shea Properties, working on such projects as The Collection at Riverpark in Oxnard, The Square at Bressi Ranch in Carlsbad, Del Sur Town Center in Black Mountain Ranch and Alhambra Place in Alhambra.

“I just think there’s an opportunity to sort of add something to commercial real estate,” Jones said. “Now, more than ever, women are starting companies. They’re running companies and you’re seeing more and more women in leadership roles on both the landlord and the tenant side.”

Jones said that being a female focused firm will give the new company an edge.

“Our company was founded by a woman and women really spend the dollars when you break down the research in terms of spending, so I think that being a woman helps,” Jones said. “In an industry that’s been largely male-centric, I think there’s room for kind of a strong female group to make an impact.”

Plecha was director of external affairs at Manchester Financial Group and project development coordinator for Manchester Pacific Gateway, a $1.6 billion development on the waterfront in downtown San Diego.

“Her record speaks for itself,” Plecha said. “It didn’t feel like much of a risk for me. She’s so phenomenal. She’s so well regarded in commercial real estate. She’s built such strong relationships that she’s been able to maintain and cultivate.”

A graduate of Southern Nazarene University with a bachelor’s degree in journalism, Bobb said she drifted into commercial real estate after developing an interest in it through her parents.

“I had watched them just work on some smaller properties and I thought the brokers who were working with them were super interesting. They were working for CBRE,” Bobb said.

After earning a master’s degree in business administration from the University of San Diego, Bobb went to work for CBRE as an associate.

Looking ahead, Bobb said she wants her own company to grow gradually.

“We’re going to be very strategic and careful in how we grow,” Bobb said. “I don’t need to be the biggest. I want to work with people I respect, brands I respect and I want to have fun.”