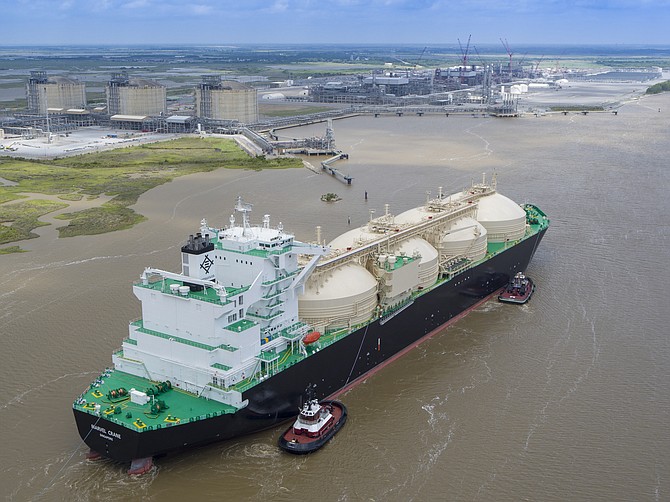 Sempra Energy is weighing options for the $3.59 billion in cash it expects to receive through the sale of its interest in a South American electric utility. Those options include putting the money toward its utilities in California and Texas.

The buyer willing to pay the $3.59 billion is a Chinese company.

The San Diego corporation disclosed the developments on Sept. 30.

CEO Jeffrey Martin said in a statement that the corporation planned to use money from the sale of its Peruvian assets to strengthen its balance sheet and meet the growing capital needs of its California and Texas utilities. It did not elaborate.

Sempra has made the decision to focus more on its North American businesses. Sixteen months ago, activist investors pushed for Sempra to sharpen its focus and get rid of businesses such as its South American utilities and its renewable energy assets. They also called for spinning off Sempra’s liquefied natural gas (LNG) business, which Sempra continues to pursue.

Making an Exit from Peru and Chile

Sempra is selling interests in its Peruvian utility businesses, including its 83.6% percent stake in Luz del Sur SAA, which distributes electricity to approximately 4.9 million people in the national capital region.

Other assets in Peru include businesses specializing in electrical construction and generation, including hydroelectric power.

It expects to complete the sale to China Yangtze Power International (Hong Kong) Co. Ltd. in the first quarter of 2020. The transaction still needs approval from the Peruvian antitrust authority and the Bermuda Monetary Authority. Sempra does not need approval from U.S. authorities to go ahead with the transaction, a company spokeswoman said.

Sempra also gave an update on its other South American business, its electric business in Chile, saying it expects to announce an agreement to sell later in the quarter.

BofA Merrill Lynch and Lazard are serving as financial advisers to Sempra Energy on the sale, and White & Case is serving as legal adviser.

Sempra Energy’s step into the Asia market is a preliminary one.

Sempra LNG has entered into a memorandum of understanding with China Three Gorges Corp., parent to China Yangtze Power, regarding potential cooperation in supplying liquefied natural gas to support demand growth in China, including the growth of natural gas power generation.

Sempra and China Three Gorges would have to sign a definitive agreement, among other steps, for the exports to begin.

“This initial agreement with CTG represents an opportunity to support strong growth in natural gas demand in Asia, with future expansions of our LNG projects right here in North America,” Martin said in a statement.

Sempra has plans to build several LNG export plants, capitalizing on the boom in U.S.-generated oil and gas. Its plant in southwest Louisiana exported its first product in the middle of this year. Sempra is also working on export projects in Texas and near Ensenada in Baja California.

Such plants chill natural gas down to 260 degrees below zero Fahrenheit. As a liquid, the gas takes up much less area, and a ship can transport more.