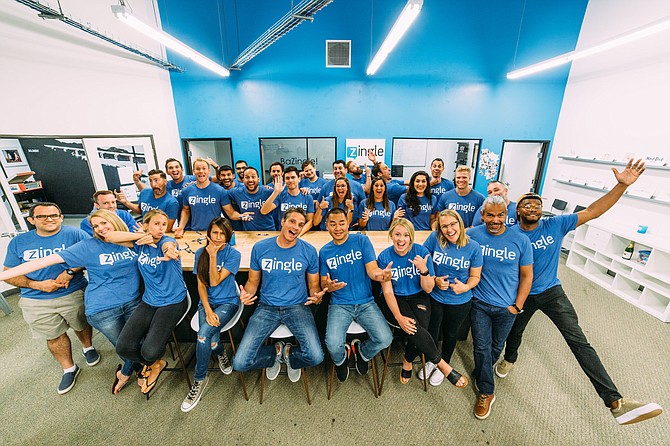 Zingle was acquired for $42 million by San Francisco-based software company Medallia. The company will remain headquartered in Carlsbad. Photo courtesy of Zingle.

Zingle, a Carlsbad-based company that lets users “text” businesses, was acquired on Sept. 24 for $42 million. Medallia Inc., a San Francisco-based software company that specializes in customer experience management, purchased the company in an all-cash deal.

“Joining forces with the market leader in customer experience puts us in an even stronger position to pursue our mission,” Zingle founder and CEO Ford Blakely said. “I could not be more excited to have Zingle join the Medallia family.”

Zingle’s software pulls in information from texts or messaging apps, which it can use to create maintenance or service tickets. For example, a customer could text a hotel to retrieve information about their reservation or request pool towels.

Blakely founded the company 10 years ago, after a career working as a certified public accountant. The idea hit him while he was standing in line at a coffee shop, surrounded by people who were texting on their phones: What if you could text a business?

The company has drummed up big clients in the hospitality business, such as Hyatt and Orangetheory Fitness. As of March, the company had 43 employees at its headquarters in Carlsbad.

In an emailed statement, Medallia said that Zingle will maintain its employees and offices in Carlsbad, and will continue to make new hires. Medallia did not comment on what role Zingle’s leadership will have in the combined company.