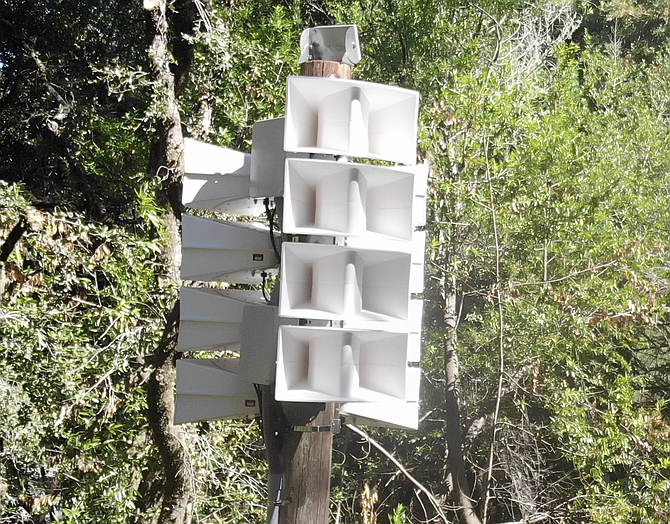 The Rancho Bernardo company named for its Long Range Acoustic Device, or LRAD, decided it had outlived its name and has taken the final step to change it.

On Oct. 23, LRAD announced it would henceforth be known as Genasys Inc.

“The name was changed to reflect where the business is going,” CEO Richard Danforth said in a recent interview. The LRAD name is “a testament to our past,” he said. The Genasys name will put more emphasis on the company’s public safety software business.

It reflects a broader commitment to critical communications, the business said in a statement in October.

The corporation didn’t have to go far to find a new name. Genasys Holding S.L. was the name of a Spanish software company that LRAD acquired in January 2018. LRAD agreed to pay $2.32 million and assume $1.47 million in debt, making the value of the deal $3.79 million. Genasys specializes in advanced location-based mass messaging solutions.

With the name change, the San Diego company changed its stock ticker symbol to GNSS. Its shares trade on the Nasdaq.

The company’s core business is sending sound over long distances. Its LRAD devices can send a very focused beam of sound up to 5.5 kilometers, or more than 3 miles, and keep the message intelligible. Customers include militaries and police forces in 72 countries. Cities also adopting the technology for emergency notification.

LRAD products were first developed for the U.S. Navy to fill a capability gap identified after the October 2000 attack on the USS Cole.

The name change to Genasys does not mean the LRAD business is going away. “I don’t see a tremendous amount of competition” for the directional, long-range hailing devices, Danforth said.

The U.S. Army made the LRAD electronics a program of record, giving it a line item in the defense budget, with an $11.0 million order in mid-2018. The business said in late August that the Army ordered some $20 million worth of its LRAD 450XL models.

Danforth said company engineers have taken the acoustic technology that can send a 30-degree beam of sound great distances, and transmit it in 360 degrees. That puts the company squarely in the public safety notification sector. It began using the name Genasys to market that product.

The cities of Newport Beach and Laguna Beach placed $1.4 million worth of orders for such systems recently, the company said earlier in November. The cities are buying LRAD voice broadcast systems, integrated with its CCaaS software. The initials stand for Critical Communications as a Service. Laguna Beach is a repeat customer. In 2018, it bought systems for its downtown retail district and two popular beach areas.

Looking for Growth and Acquisitions

Genasys manufactures its products in Rancho Bernardo, and recently moved into space with twice as much room. It has approximately 55 employees in San Diego and 28 in Madrid, Spain.

The CEO also characterized Genasys as “an acquisitive company.” He said he is reviewing potential acquisitions, and declined to say anything more.

Danforth noted the firm is expanding to a wider public safety market — one that is worth multiple billions of dollars. Genasys has the only integrated hardware and software solution for the market, he said.