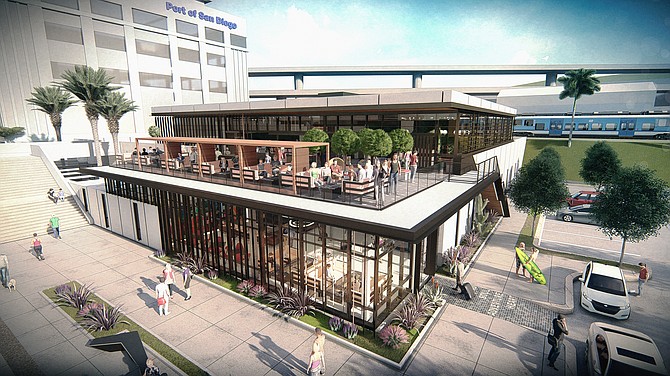 At a time when many downtown hoteliers are promoting their accommodations as the ultimate in luxury – a Los Angeles developer is moving ahead with plans for something far more basic — sleeping pods for the budget conscious traveler.

A night’s stay in the basic pod planned by Stay Open Hotels will go for $34 a night, said Steve Shpilsky, the company’s CEO and founder.

The pods are a little larger than bunk beds and stacked one on top of another, Shpilsky said.

There’s room enough for someone to sit up and work on a laptop computer without bumping their head.

According to tentative designs, the project would have 200 pods in 33 rooms with from six to 12 pods per room.

They would have a USB port, power supply, mirror, free Wi-Fi and the use of an individual locker but share common bathrooms and showers.

For those who want a little more space, Stay Open would tentatively have 13 private rooms of about 179 square feet that are more like small conventional hotel rooms, although each private room would share a shower and bathroom with one other.

The private rooms would cost $116 a night.

Shpilsky said the project will cost about $12 million to build.

Because Stay Open would meet the Port’s goal of providing affordable accommodations along the coast, the project would be eligible to get up to $6.3 million from the port, said Rafael Castellanos, chairman of the Board of Port Commissioners.

The money comes from so-called in lieu fees that other developers paid rather than include affordable units in their projects.

The Stay Open proposal is an amped up version of traditional hostels, although Shpilsky said he shies away from calling Stay Open a hostel because the term has too many negative connotations to some.

“We don’t like using that word,” Shpilsky said. “We’re eliminating a lot of those traditional pain points but not necessarily taking up more space than a hostel.

Pain points are how Shpilsky refers to some of the common complaints about some hostels, such as the lack of privacy and shared bathrooms that are dirty.

Privacy in Stay Open pods would come through a sliding wooden door in each pod that can be raised or lowered, depending on how social a guest is feeling.

“It’s not 100 percent sound proof,” Shpilsky said. “You do get light privacy.”

Bathrooms would be monitored around-the-clock with devices that keep track of how many people have used them and alert the cleaning crew after a predetermined number of people has used them.

A similar alert system would be used for the showers, and guests could even be sent smart phone texts telling them the best time to take a shower.

That’s particularly handy when there are several people catching the same flight to avoid back-up at the shower stalls, Shpilsky said.

Stay Open is finalizing its plan to be presented to the San Diego Board of Port Commissioners in January.

The commission in May picked Stay Open over two other companies to build a low-cost alternative to the pricey downtown hotels.

Stay Open is a partnership between Care Development based in Los Angeles and Jucy Snooze based in New Zealand.

“It’s very much a shared space, millennial-type experience,” Castellanos said, adding that it’s one he’d like to try out.

“I’m up for it,” Castellanos said. “Me and my two boys would be totally up for it — my wife, probably not so much.”

Castellanos said the Port Commission was looking for someone to provide affordable accommodations along the coast and Stay Open offered the lowest rates with the most rooms.

Stay Open would build its pod hotel on the former site of a rental car agency, adding a second floor to the building that would include a rooftop restaurant and bar.

Aside from the price, Shpilsky said socializing with fellow travelers is one of the attractions of staying in Stay Open,

Guests will most like skew toward those in their 20s, 30s and 40s Shpilsky said, adding that he’s met people at hostels that are in their 70s.