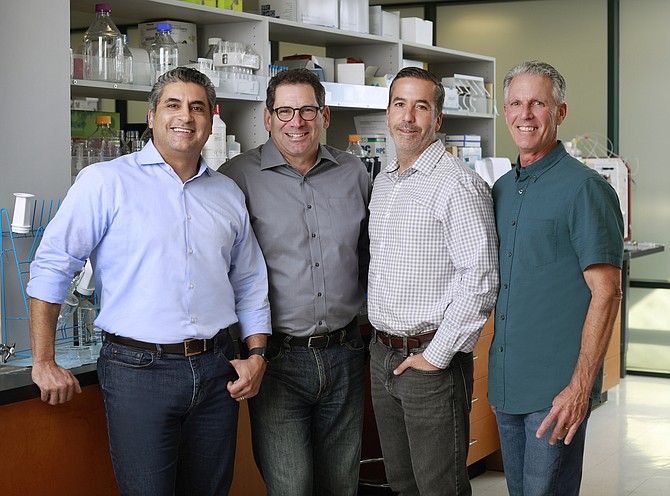 In 2017, Merck & Co. cut short a late-stage clinical trial of an Alzheimer’s drug because it wasn’t helping patients, one of many failures that led big pharma to scale back efforts to try and treat brain disease.

But in deal announced Nov. 12, Merck reinforced its interest in the space by plunking down up to $576 million for San Diego’s Calporta Therapeutics.

Calporta developed what are called TRPML1 agonists that are designed to clear toxic brain proteins. It’s thought this could treat Alzheimer’s and Parkinson’s disease, but there’s a ways to go. Calporta’s compounds are in the preclinical stage.

“Neural health seems to be particularly sensitive to the accumulation of toxic cargo in lysosomes,” said Sanford Madigan, the CEO of Calporta, in an interview with the San Diego Business Journal.

Last January at JP Morgan Healthcare Conference in San Francisco, Calporta sought a buyer or way to finance the company. Madigan said several parties were interested, but New Jersey-based Merck had the means to push forward and evaluate the asset across neurodegenerative diseases.

“We couldn’t have done that on our own,” Madigan said. Its team identified TRPML1 as a target in 2014, before a wave of interest in it, he said.

Calporta must achieve development milestones to earn the full $576 million. It received an upfront payment, though the amount wasn’t disclosed.

Calporta was incubated at San Diego-based COI Pharmaceuticals, which houses portfolio companies of Avalon Ventures that operate under shared management.

In September, pharmaceutical GlaxoSmithKline acquired another Avalon company called Sitari Pharmaceuticals for an undisclosed price. Sitari was formed under a joint drug development pact between Avalon and GlaxoSmithKline, as was Calporta.

“As time marches on, large companies have a strategic change in focus,” said Jay Lichter, the managing director of Avalon Ventures, and also the CEO of COI.

Lichter said the recent deals validate Avalon’s model — and breadth. Sitari is focused on celiac disease. Other portfolio companies are working on treatments for a blood disorder and lung cancer, for example. n