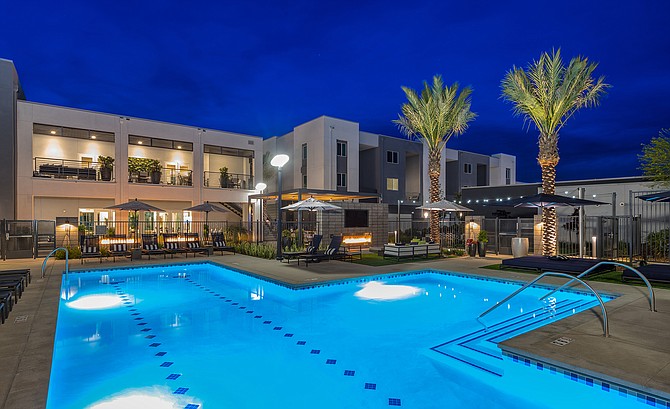 Apartment renters and investors are playing an increasingly significant role in San Diego County’s commercial real estate market, according to recent reports from brokers and a national housing agency.

For investors, the San Diego County apartment market “is one of the primary markets in California,” said Bob Pinnegar, president and CEO of the National Apartment Association.

“Two thirds of the county is largely rural and it’s not going to be developed. From that standpoint, San Diego is a market with limited stock,” Pinnegar said. “Apartments have been a very good investment vehicle. It doesn’t matter if you have smaller holding or larger holdings. Apartments have been the bright spot in commercial real estate.”

According to a study done for the National Apartment Association and the National Multifamily Housing Council by Hoyt Advisory Services, apartment renters annually pump $48.9 billion to the local economy.

Apartment owners add an additional $276.7 million to the county economy operating apartment complexes, according to the Hoyt study.

That’s likely to grow as rents continue to rise and apartments are a growing segment of investor interest.

Cushman & Wakefield, a commercial real estate brokerage, reported that apartment projects “continue to be in high demand” with only the lack of product for sale dampening that demand.

So far this year, apartment sales totaled $1.7 billion, a 36% increase from $1.3 billion in the first nine months of 2018, the brokerage reported.

Among the most recent transactions, the 309-apartment Alexan Millenia project in the Otay Ranch neighborhood of Chula Vista was scooped up in October by Barings LLC on behalf of institutional investors, said Rachel Parsons, a director of Moran & Co.

Working with Parsons from Moran & Co. in brokering the sale were Derrek Ostrzyzek, Tom Moran Jr. and Mary King.

“This property is in a growing master planned community with very strong demographics, which fits well with our investment strategy of targeting densifying suburban nodes with a focus on live, work, play environments,” said John Ockerbloom, Baring’s head of U.S. real estate equity.

One reason that apartment complexes like Alexan Millenia are such attractive investments is that rents keep on going up, partly driven by housing prices that have reached the point that many would-be buyers have been priced out of the market.

According to Cushman & Wakefield, the average monthly rental rate in San Diego County was $2,020 as of September — a little more than 3%t higher than September 2018.

For newer complexes built since 2000 — about 15% of apartments in the county according to the Hoyt study — the monthly rental rate in September 2019 was $2,413, Cushman & Wakefield reported.

Most New Apartments Are High-End

To keep up with the demand for new apartments, San Diego County needs to add about 5,000 annually, according to the Hoyt study.

So far this year, 3,479 new apartments have been delivered and 337 were demolished, according to the National Apartment Association.

The catch is that many if not most of the new apartments have been in high rent projects, primarily downtown towers.

“Given the availability of land, the long approval process, the cost of development — it skews things so that the only thing that pencils is high end,” said Pinnegar of the Apartment Association.