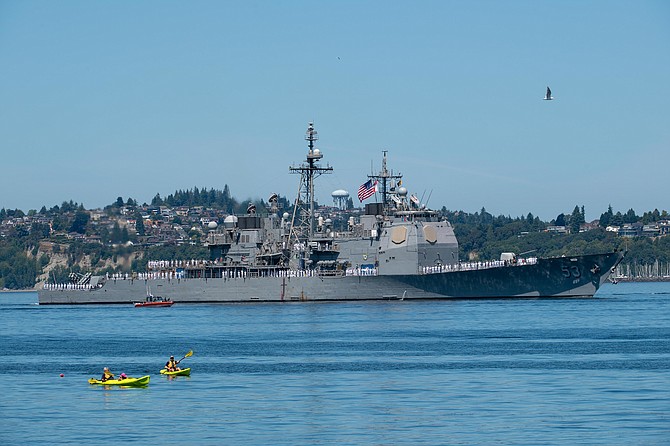 The following are selected defense contracts awarded to San Diego County companies in October and November. The U.S. Department of Defense releases a digest of contract awards daily at 5 p.m. Eastern Standard Time.

Sodexo Management is a subsidiary of Sodexo Group, which is based outside Paris, France.

BAE Systems San Diego Ship Repair received a $33.9 million delivery order under an existing U.S. Navy contract for shipyard work to the Ticonderoga-class cruiser USS Mobile Bay. Work will include depot-level maintenance, alterations and modifications that will update and improve the ship’s military and technical capabilities. Work will be performed in San Diego and is expected to be complete by October 2020. The delivery order includes options which, if exercised, would bring the value of the deal to $38.2 million. Two companies bid on the contract. The Southwest Regional Maintenance Center of San Diego awarded the delivery order, announced on Nov. 6.

General Dynamics Gets IT Work

The deal is initially worth $90.7 million. Roughly one-fifth of the work — valued at $17.5 million — will go to San Diego. The balance of the work will be completed in Pittsfield, Massachusetts. All work is slated to be finished by October 2024.

The Navy has options that could increase the total value of the contract to $393.4 million within the same five-year period. It was unclear how much work would flow to San Diego if the Navy exercises its options.

General Dynamics’ Mission Systems unit had 44 employees in San Diego as of June.