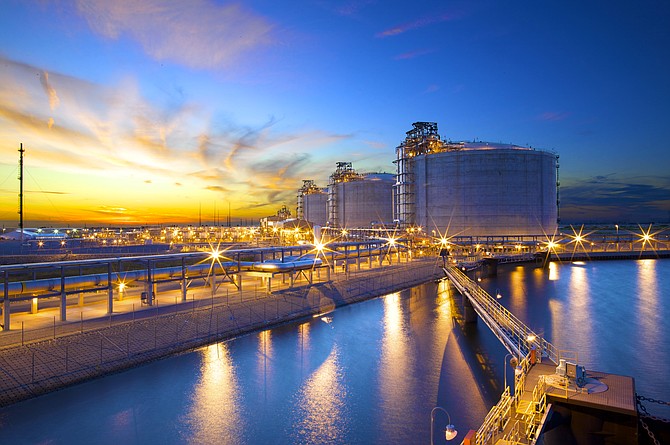 Sempra Energy, the San Diego-based energy infrastructure company, reported profits of $813 million during the third quarter — nearly triple the profit from the same quarter one year ago.

Excluding one-time items, Sempra said its adjusted net income for the most recent quarter came to $425 million, up from $339 million in the same quarter of 2018.

The business reported its earnings on Nov. 1. Sempra has a conventional fiscal year with the third quarter ending Sept. 30.

A ‘Commitment to Simplify’

“At Sempra Energy, we laid out a plan last year to increasingly focus on core markets where we can produce the best results for our stakeholders,” said Jeff Martin, chairman and CEO of Sempra Energy, in a statement distributed by the company. “With our recently announced agreements to sell our South American businesses, it reflects our ongoing commitment to simplify our strategy. Our year-to-date financial results are a product of that more focused strategy, and the hard work and dedication of all of our employees.”

Sempra said in mid-October that it plans to use proceeds from the sale of its South American utilities to strengthen its balance sheet and support the growing capital needs of its utilities in California and Texas.

On Nov. 1, Sempra announced it would make additional capital improvements over five years at its Oncor Electric Delivery Co. LLC utility in Texas, to support growth in its service territory. Its capital improvements program will grow 6% from $11.2 billion to $11.9 billion. Approximately $5.9 billion of that sum will be spent in expanding transmission, while $2.1 billion will be spent in expanding distribution.

Sempra acquired a majority stake in Oncor almost two years ago. It closed the $9.45 billion deal in spring 2018.

Sempra also broke out SDG&E’s finances in the report. The local gas and electric utility had adjusted earnings of $197 million on revenue of $1.43 billion in the third quarter.

In California, Sempra said it reached a constructive final decision in its 2019 General Rate Case with the state Public Utilities Commission.

The decision establishes the amounts that SDG&E and another Sempra subsidiary, Southern California Gas Co., can recover from customers in 2019, 2020 and 2021. The commission set a $1.99 billion revenue requirement for SDG&E in 2019 and a $2.77 billion revenue requirement for SoCalGas in 2019. The latter is $166 million less than SoCalGas’ request.

Separately in its Nov. 1 announcements, Sempra said it was continuing to develop its infrastructure in Mexico. In September it began commercial operations of its Sur de Texas-Tuxpan pipeline, a joint venture with TC Energy Corp.

Meanwhile, Sempra continues to develop its liquefied natural gas (LNG) export terminals on the Gulf of Mexico and in northern Baja California. Sempra recently announced it entered advanced negotiations with potential LNG export customers in China and Japan. One potential customer (and partner in expanding its terminals) is Mitsui & Co. Ltd.

Sempra said it was commissioning its second train, or production line, in the first phase of its Cameron plant in Louisiana, which began exporting LNG this year. A third train will follow. All are expected to be working in 2020.

Next year, the company said, it expects earnings per share of $12.78 to $14.26. The figures are high because they include an estimated $6.08 to $6.78 per share gain on the sale of the South American utilities.