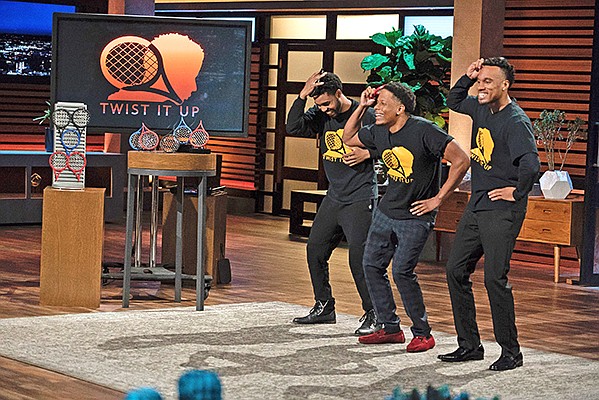 Just last year, Noel Durity entered and appeared on ABC’s “Shark Tank” television show. The startup walked away with a $225,000 investment. Photos courtesy of Twist It Up Comb 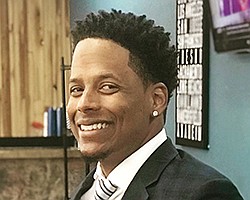 TWIST IT UP COMB

No. of local employees: Three

Founded in 2016 by CEO Noel Durity, a San Diego-based real estate broker, Twist It Up Comb came about after Durity realized using an actual tennis racket in a circular motion to twist his afro-centric hair was not only functional, but also cost-effective and sanitary; most twisting products currently in the market are porous sponges that tend to wear out after time. So, he created a shrunken version of an actual tennis racket made of a sturdy plastic and stainless steel mesh, one that could twist the hair and also fit in a standard-sized pant pocket for portability.

Just last year, when he realized he couldn’t keep up with the demand for Twist it Up Comb, Durity entered and appeared on ABC’s “Shark Tank” television show. The company walked away with a $225,000 investment from Daymond John and Mark Cuban, who collectively took 25% of the company’s ownership.

Today, Twist It Up Comb is on a steady path of growth, according to the company.

“The money (from “Shark Tank”) has been used to scale the company,” said Durity, adding that he was able to get more inventory as a result. He was also able to buy the mesh used to make the rackets in the U.S. for the same price he was getting it from China before it shut down tens of thousands of factories, including the ones he worked with, due to pollution in 2017. Now, Twist It Up Comb sources all of its materials from California, said Durity.

Durity doesn’t take credit for coming up with the tennis racket method. After years of spending money on sponges for his hair and in search of something better, Durity said he came across a YouTube video that showed a man using an actual tennis racket to twist his tresses. That’s when he decided to purchase his own and give it a try. For years, Durity relied on an actual tennis racket to style his mane. When his real estate brokerage practice began to grow and he consequently began to travel more, he upgraded his tennis racket to a racquetball racket because it was smaller in size. It was during a trip to Brazil, recalls Durity, that he lost his carry-on-sized racket and was prompted to create something even smaller.

“I spent about 90 minutes trying to find a tennis racket in Brazil” after misplacing his, he said, adding that when he returned to the states, he searched in toy stores, sporting goods stores and online to find a miniature version of a tennis racket, with no luck.

In 2015, after doing extensive research online, Durity partnered with a 3-D printer, an artist buddy of his and an illustrator he found on Craigslist to come up with a cab line of his design and created his first Twist It Up Comb product sample. He took it to his barber, Steven Gray, who urged him to take the product to market.

Durity wasn’t ready quite yet. “I wasn’t trying to leave a six-figure paying job,” he said. So, he opted to keep his invention for his own personal use.

In December of that same year, because of regulations that prohibit barbers from using porous products, Gray, Durity’s barber, got fined for having a twisting sponge on his workstation. That’s when he called Durity and told him if Durity didn’t make a business out of the shrunken tennis racket, then, he would. Durity was convinced.

With $700 of his own money, Durity had his first batch of Twist It Up Comb products manufactured and in January 2016, he attended his first beauty tradeshow.

“I took about $1,000 to make prototypes,” said Durity about the steps he took shortly after, adding that it took about six or seven tries to get the product to be sturdy enough to begin marketing and selling it. Durity said he taught himself how to do Facebook and Instagram ads by watching YouTube tutorials and that is how he got the word out. Today, Twist It Up Comb works with a manufacturing company in Orange and a fulfillment center in Texas. Twist It Up Comb is available on the company’s website as well as beauty supply stores nationally and sells between 4,000 and 7,000 units a month.

Because of the product’s popularity, Durity said he is currently in a legal battle with various manufacturers in China, including one called “Twist King,” that have knock offs of the Twist It Up product.

“I get it: You have a successful product and it’s a compliment that people want to knock it off,” said Durity, “But, man, be original. Twist King looks identical to mine and is being distributed across the U.S… We’ve sent like 70 cease and desist letters, but they just keep popping up.”