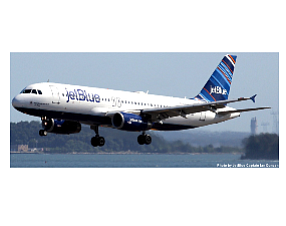 JetBlue Airways will move to Terminal One at San Diego International Airport (SAN) starting June 5. According to a news release, the move is part of the second phase of SAN’s airline relocation efforts to improve services.

JetBlue is the seventh largest carrier at SAN in terms of operations; the airline has year-round nonstop service to Boston, New York and Fort Lauderdale.