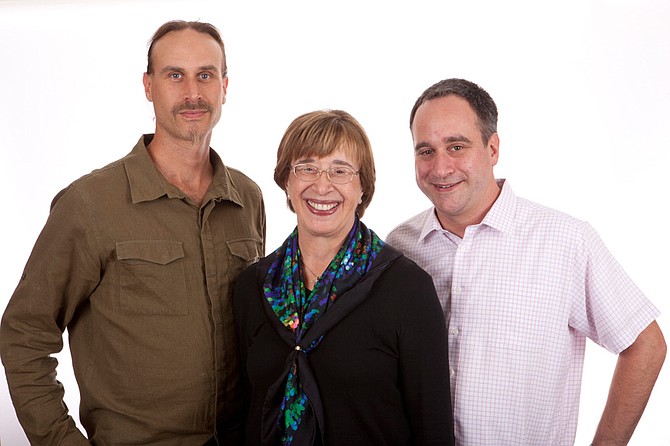 Dr. Bronner’s Magic Soaps, the Vista-based soap-making company founded in 1948, has long been known for its Fair-Trade and organic castile soaps, lotions, cleaners and other personal care and home care products.

But, for as long as the manufacturer has existed — 71 years now — the company has also been passionate about sustainability, philanthropy and fair working conditions, among other socially responsible practices.

It is these very core fundamentals of humanitarianism and activism combined with the family’s recipe for “making really good soap” that CEO David Bronner says has kept, and will continue to keep, the company prosperous.

According to its 2019 All-One report, in 2018, Dr. Bronner’s donated approximately $8 million to charitable causes, used 100% recycled and recyclable packaging and continued to implement its 2003-established compensation system, which caps the top-salaried employee and the lowest-waged position five-to-one, among other altruistic accomplishments. Some of its most notable previous achievements include becoming Fair-Trade certified in 2006 and certified organic in 2003.

David Bronner, who runs Dr. Bronner’s with his brother, Michael Bronner, the company’s president, and is grandson to Emanuel Bronner (aka Dr. Bronner), who founded the company, said what makes the Dr. Bronner’s product special is its “ecological and simple” formula.

“We make soap the way it’s been made for thousands of years. We just optimize the ratio of coconut and different oils that have different characteristics. So, it lathers and is smooth and high-foaming. We also use a really high percentage of essential oils, like lavender and peppermint, which is a very therapeutic experience for the user. Our soaps are two to three times more concentrated than most soaps.” 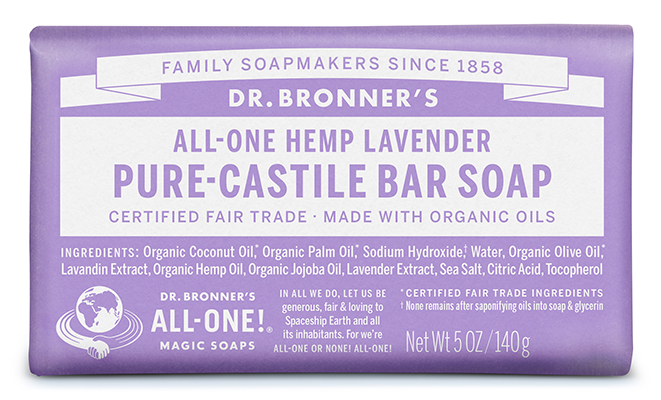 Dr. Brontner’s has long been known for its Fair-Trade and organic castile soaps, lotions, cleaners and other personal care and home care products. Photo courtesy of Dr. Bronner’s

According to the company, its top sellers are quart liquids and bar soaps, with peppermint, lavender and unscented being the most popular scents.

As for developing new products, David Bronner said it is a collaborative effort involving ops, sales and marketing departments. David said he and his brother Michael Bronner operate for the most part by building consensus.

After selling in mostly health food stores nationally, David Bronner said, thanks to the health and sustainability trend in mainstream culture the last few years, Dr. Bronner’s was prompted to enter mass market in the early 2000s.

David Bronner said that around 2004 Dr. Bronner’s began selling in Trader Joe’s locations around the country. Five years after that, the company landed a contract with Target. And, in 2015, it partnered with Costco Wholesale clubs coast-to-coast. Bronner also said, around that same time, Dr. Bronner’s began selling internationally, which accounts for 20 percent of the company’s overall sales and growing.

“Dr. Bronner’s has an extraordinary loyal customer base,” he said. “But, being available in different channels the few years has become very important in terms of the company’s exposure. Before, they were in one-off retailers. But now, it has broadened its base. The minute you expand, if you have an excellent product, you will grow.”

Copic said the big-box retailers in which Dr. Bronner’s is available now is an important aspect of its increase in sales, as well. For example, he said Costco has about 4,000 stock keeping units (aka SKUs) per store, compared to a supermarket that generally has about 50,000 SKUs. Of those 4,000 SKUs, approximately 1,500 rotate on a quarterly basis, while 60% to 70% are constant. As long as that product meets sales per square footage, that core item will stay, he said.

“Those items don’t change or change rarely,” said Copic, which adds to the brand’s visibility.

In terms of Trader Joe’s, he said the chain mostly sells its own branded products. So, for Dr. Bronner’s to be one of the few stand-alone brands to sell there “means a heck of a lot.”

Pioneer as a Socially Responsible Brand

Copic also added that Dr. Bronner’s charitable efforts are a bonus for the company’s loyalists. They are one of the first truly socially responsible brands before that was even a thing, he said. “Not only is it a great product, the company is also doing its part to help the community.”

Bronner said the shift in consumer needs toward healthier options helped the company catapult its sales around 2008. He said from 2008 to 2015, the company’s revenue was averaging 20% growth year-over-year. That number has since decreased to 10% to 15% in annual sales growth.

As a result of its growing popularity, Bronner said, five years ago, Dr. Bronner’s invested in an in-house marketing team and regional sales managers. He said the company generally doesn’t purchase advertising or engages in traditional paid media. Instead, because of its activism, it gains a lot of earned media. Bronner also added the company has a pretty active social media presence as well.

Dr. Bronner’s came about when Emanuel Bronner, a third-generation master soap maker, emigrated from Germany to the United States in 1929. While there were no medical doctors in the family, a great aunt of the CEO did earn a Ph.D. Emanuel Bronner began making and selling soap while going around the country preaching his gospel. He believed all people are children of the same divine source, and, if the world didn’t realize that, everyone would die. “We are all one or none,” was his motto.

This led him to Los Angeles, where he settled. When he realized people were coming to his peace rallies, which he dubbed the “Moral ABC”, to buy his natural soap, he turned his attention to soap making once again, this time putting his 8,000-word message on the labels. The scriptures still appear on the Dr. Bronner’s products today.

Dr. Bronner passed away in 1997. A year later, after battling stage four lung cancer, Jim Bronner, David and Michael Bronner’s dad, passed away as well. But, not before launching the charitable efforts the company still follows today by donating a 1,200-acre parcel of land, worth $1.4 million, to the Boys & Girls Clubs of Greater San Diego. This was a third of the entire Dr. Bronner’s estate in Escondido, said David Bronner.

“Before he died, he set the tone for the company,” said Bronner, adding that his mother, Trudy, is a board member of the local Boys and Girls Clubs and that Dr. Bronner’s donated $100,000 to the group just last year.

In the near future, Bronner said Dr. Bronner’s is working on new ways to help the planet and society all while moving the Dr. Bronner’s brand forward.

He said Dr. Bronner’s has partnered with California-based Patagonia Clothing company to help promote regenerative agriculture, which he said is a farming and grazing practice that helps reverse climate change by rebuilding and restoring soil. Bronner said he hopes that, by the end of next year, Dr. Bronner’s will have a new certification called “regenorganic” that will focus on fair labor, animal welfare and soil health.

“Being organic is about what you can’t do, like, you can’t use synthetics. But, it doesn’t tell you what you should do,” he said, adding that farmers should be intercropping to double the yield and minimize weed production, among other regenerative practices. “This will take organic as a base line and then tell you, ‘here is what you should be doing.’”

“Regenorganic” is in the pilot phase, with Bronner intercropping cocoa, banana and palm trees himself as part of the process. As a result of all the cocoa beans production, which David Bronner said they’ve been able to supply top-level European chocolatiers with, Dr. Bronner’s will be launching its own chocolate line later this year.

In 1963, when he outgrew the Los Angeles facility, Dr. Bronner moved to Escondido. Four years ago, the company moved its headquarters to Vista.