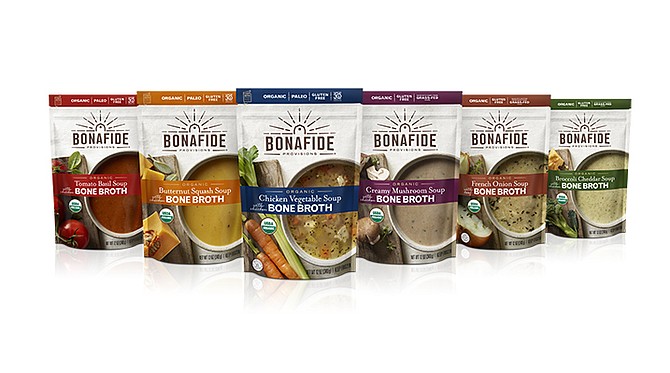 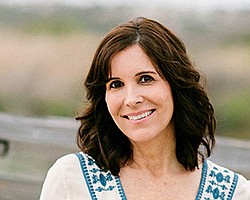 Revenue: Privately held; multimillion dollar company with a growth of over 50% annually, according to the company.

For co-founder Sharon Brown, it all started on a more personal level.

In 2001 at the age of six months, her middle child developed his first sinus infection and remained on treatments on-and-off till about age six. By the time he was in the first grade, his teacher suggested he needed to get on additional medication.

It was then that Brown, through her own research, came across what she describes as the natural healing benefits of food, specifically bone broth, and began implementing it into her son’s diet. A year later, she said, there were no traces of his past problems.

Bonafide Provisions is headquartered in Encinitas and has about 15 employees.

Brown wouldn’t share revenue figures, due partially to investor relationships which began in 2017. The company was originally funded by Brown and her husband. Sharon Brown did say Bonafide Provisions is a multimillion-dollar business with a growth of over 50 percent annually.

To Bonafide’s customers, bone broth is not a novelty. For centuries, bone broth has been used to protect joints and the gut. Claims include that it supports healthy immune system functions and maintains healthy skin, among other benefits. But, in recent years, according to Brown, the practice has made a comeback thanks to companies like Bonafide Provisions and also the increased desire of today’s generation to seek out what many consider healthier and cleaner food options.

“People use it for everything, even for waffles and brownies,” said Brown. “They use the broth in place of liquid to get all that collagen in the recipe.” They also use it for things like rice, quinoa and beans and for sautéing veggies, said Brown.

She added that some other clients have told her they put the broth in ice cube trays and take individual cube sizes to add to salmon or smoothies. “It’s a way to get that added collagen, amino acids and protein from super foods throughout the day,” Brown said.

For example, she said on its website, Bonafide Provisions uses the term “consumer tribes,” which is often used in marketing to mean “a network of different types of people — heterogeneous, different ages, different sex — whatever, that are linked together by sharing a similar emotion or passion.”

The appeal here is millennial’s passion for health, Haddock said, adding that the use of this term, versus “brand community,” which is a marketing term used to mean a group formed on the basis of attachment to a product, adds to the company’s authenticity.

“Consumer (tribe) is more than brand community,” she said. “People are looking, as you know, for authenticity and truly healthy things.”

Not only are millennials drawn to a company like Bonafide Provisions, baby boomers are too, thanks to its claims of helping with immunity and joint and brain function, Haddock said. She also said that retail has gone from a market space, which is when companies called the shots on what type of products to promote to consumers, she said, to a consumer space, which is when consumers decide what they want.

“Consumer space is a new concept,” Haddock said. “Individuals are dictating to companies the types of products they want, how they want them and when. Millennials wouldn’t interact with (Bonafide Provisions) if they didn’t believe in the company.”

In 2010, Brown decided to go back to school, get a degree in nutrition and open her own practice in Del Mar. She received several certifications in nutrition, became a nutritional therapist and also a GAPS (gut and psychology syndrome) practitioner.

Brown began recommending bone broth to her clients, all of whom loved it, she said, but most of whom complained about the tedious process of making it. Brown said the laborious procedure of making broth takes between 18 and 24 hours in order to fully reap the benefits. So, she came up with a bone broth recipe that includes apple cider vinegar, among other nutritional ingredients, that she’d make in her home kitchen and sell to her clients. For her chicken broth, Brown would use bones of pasture-raised chickens such as the neck, back, breast, wings and feet, the latter which is what gives the broth the gelatinous texture, she said.

Because of the overwhelming reception she was receiving, Brown decided to take the product to market.

She first started selling online and saw success in that. Brown said bone broth was still a relatively unfamiliar product at the time, so when she began pursuing stores like Jimbo’s, she had to educate the store on its benefits. By the end of 2015, she was selling in the frozen section of Jimbo’s locally and then coast-to-coast. Brown used the same tactic with Whole Foods. In 2016, Bonafide Provisions landed a contract with the national retailer.

Brown, who received her bachelor’s degree in business from the University of California, Riverside, makes all of the Bonafide Provisions products in her Encinitas facility, where packaging and labeling also takes place. She said she sources all of her ingredients from the United States by way of organic grass-fed ranchers throughout the country.

“When we first started out, they were like, ‘what do you mean you want to buy our bones? We throw our bones away’,” Brown said, adding that another part of her business she is proud of is that it creates a zero-waste process for the ranchers. “They had to create a processing plant to process the bones. We worked together and developed relationships with ranchers and suppliers all across the United States. It was important for us to purchase these products from them.”

She also said that the frozen food sales have been relatively low for the last 15 years, until recently. Brown attributes that growth to Bonafide Provisions and brands like it that are offering healthier frozen food options.

In 2016, with the thought of expanding outside of just bone broth, Brown decided to change the name of her company from Real Bone Broth to Bonafide Provisions.

“We wanted to expand our offerings and Real Bone Broth was limiting us,” she said. “We worked with an agency which was helping us update our packaging and the brand itself and they helped us come up with the name. ‘Bonafide’ means real and genuine and ‘provisions’ means food for the journey.”

In 2017, Bonafide Provisions added a line of flavored soups and veggie-based drinks to its offerings. Last year, it launched a Keto friendly broth option, which includes MCT oil as well as turmeric, the latter which is good for inflammation, according to Brown.

Today, Brown said Bonafide Provisions has a small in-house marketing department that is actively working to keep the company’s popularity growing. She said the team mostly does shoppers’ marketing, like coupons and circulars, and a lot of social media campaigns. She added that by the end of the year, Bonafide Provisions plans to launch new products.