The Patio Group, a San Diego-based hospitality group, has hired a new vice president of operations. According to a press release, Eric Bauer, who comes from Zume Inc. in San Francisco, a delivery-only pizza company powered by robots, assumed his new position earlier this month. 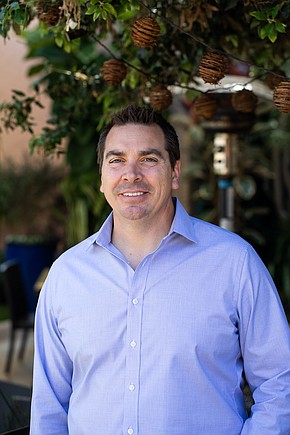 “I’m excited to rediscover the San Diego dining scene and the newest trending styles and offerings,” Bauer said via a statement. “I look for inspiration locally and internationally for ways to elevate dining experiences.”

Prior to Zume, Bauer worked at Nurture Life in Chicago, where he served as vice president of operations. Originally from Illinois, Bauer graduated from the School of Culinary Arts at Kendall College in Chicago and got his start as a line cook at the Ritz Carlton Chicago. He currently holds five certifications, including ServSafe, Food Safety Modernization Act, Training for Intervention Procedures, Preventative Controls Qualified Individual and Hazard Analysis and Critical Control Points. Bauer is also a member of the American Culinary Federation.

The Patio Group in a division of Gina Champion-Cain’s real estate, hospitality and lifestyle company, American National Investments (ANI), the latter which was founded in 1997. The Patio Group owns almost a dozen retail and food and beverage businesses throughout San Diego County, including Saska’s Steakhouse, Fireside by the Patio, The Patio on Goldfinch and The Patio on Lamont.