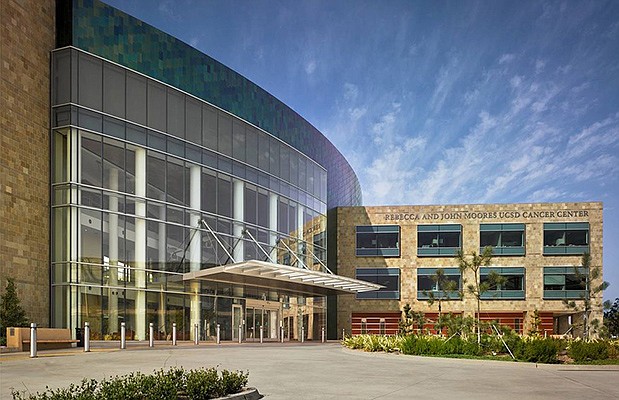 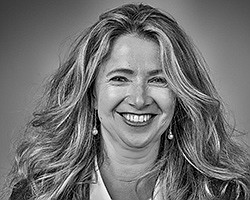 A department at UC San Diego Health’s Moores Cancer Center is known for putting on a symposium to translate groundbreaking oncology discoveries into therapeutics.

The annual event generates a good deal of media attention. But the industry relations office at Moores Cancer Center does much more.

Making this clear was Ida Deichaite, director of industry relations. The 15-year-old department is charged with translating UC San Diego faculty’s work into therapies, medical devices and other medical treatment.

“My role is really to identify opportunities, to pursue them, to make sure nothing falls through the cracks. That involves knowing who’s doing what here (UC San Diego), who’s doing what outside, and what’s happening in the industry. And then making a connection,” Deichaite said.

Notably, the industry relations office worked with Pfizer in the early days of daurismo, a drug approved last year for those with acute myeloid leukemia who aren’t candidates for intensive chemotherapy.

The office helped secure funding and collaboration for a daurismo clinical trial in leukemia — originally Pfizer focused on tumors.

The scientific rationale came from Catriona Jamieson, who led a UC San Diego team that found inhibiting a leukemia cell pathway could lead to new treatments.

As another example of the office’s work, it stewarded an internal cancer program from early drug target validation to clinical trial. This positioned the program, cirmtuzumab, to be licensed by San Diego biotech Oncternal Therapeutics.

Now, cirmtuzumab is in phase 1/2 testing in combination with the drug ibrutinib for chronic lymphocytic leukemia and lymphoma. Cirmtuzumab is also in a phase 1 trial for women with metastatic breast cancer at UC San Diego.

VelosBio, a spinout of Oncternal that emerged with a $58 million Series A round last year, licensed a different version of cirmtuzumab.

Deichaite said it’s her job to recognize value, something she’s been doing for some time.

Previously, she was associate director of business development for Avanir Pharmaceuticals, where she established a technology program to evaluate which compounds could be licensed.

Neil Gibson, once the chief scientific officer and oncology therapeutic area head of Pfizer Oncology, said identifying where biotechs can collaborate is a valuable function.

“At Pfizer, UCSD had some skillsets we didn’t necessarily have, so we collaborated,” said Gibson, now the senior vice president of incubator COI Pharmaceuticals.

In its most visible role, the industry relations office handles the annual Next Generation Precision Oncology symposium, where top researchers share unpublished data, for the sake of brainstorming and sparking partnerships.

The last symposium was in February.