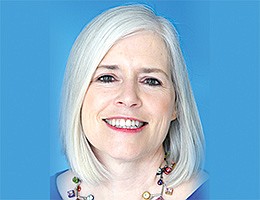 SDBJ 500 recap: Helen Torley joined Halozyme in 2014 as president and CEO. The company had three drugs in the market and seven in the pipeline with a goal of achieving $1 billion in annual royalty payments by 2027. Torley came to Halozyme from Onyx Pharmaceuticals, where she oversaw the collaboration with Bayer on two drugs. Torley spent 10 years in management and executive positions at Amgen Inc. and has worked in senior management positions at Bristol-Myers Squibb. Torley was a practicing physician at the Royal Infirmary in Glasgow.

Entrepreneur of the Year for operational excellence.