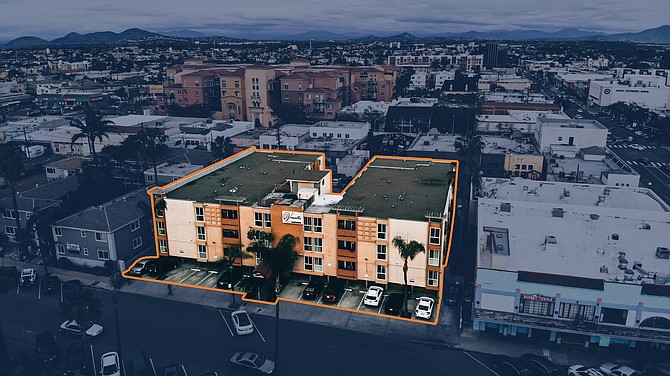 The Versailles apartment building in North Park has been sold for $13.3 million.

The buyer is a partnership formed by David Tarquin, founder of ORKA Holdings, and brothers Russ and Scott Murfey of Murfey Company.

The apartments range from 440 square feet to 900 square feet, according to CoStar, a real estate listing service.

Conor Brennan and Aziz Zakkout of Marcus & Millichap represented Saltwater Investments, which plans to rebrand and renovate the building.

“We are excited to create a new vibrant community within the heart of North Park and help bolster an already growing and energized neighborhood,” Russ Murfey said.

“Investors see that there is still upward potential on pricing as demographic shifts are luring in younger professionals into the area that want the hipster, urban feel and close proximity to downtown and Balboa Park,” Brennan said.

Zakkout, a senior associate at Marcus & Millichap, said Saltwater Investment “will be a fantastic credit to other owners in the region who have demonstrated pride of ownership with their investment properties.”

Real estate reporter Ray Huard may be reached at rhuard@sdbj.com.