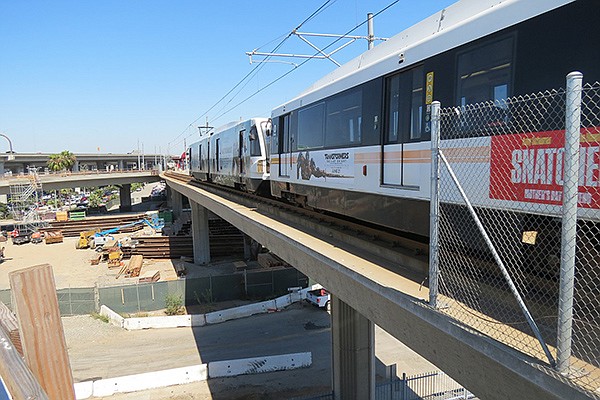 Cubic (NYSE: CUB) said that the services contract is linked to two recently awarded contracts for a mobile app and its operations, as well as infrastructure upgrades that will support the app and enhance the network to a next-generation payment system.

TAP is being enhanced to include a leading edge mobile app to complement the Metro-developed cloud wallet, which is called TAPforce. TAPforce allows users to load value to a cloud account and use the funds to both load TAP cards and pay for variety of new Mobility-as-a-Service programs implemented by Metro, such as parking, bike-share services and rideshare services. Mobility as a Service is abbreviated MaaS.

“With the extension and award of these additional contracts, Cubic looks forward to supporting Metro’s MaaS initiatives, further leveraging both TAP and TAPforce in creating an all-purpose, single payment account for mobility in its region,” Matt Cole, president of Cubic Transportation Systems, said in a prepared statement.

Cubic provides its fare collection technology to major transit agencies all over the country — in New York, Boston, Chicago, the San Francisco Bay Area, and San Diego — and internationally in cities such as London and Sydney.

The company is also a defense contractor, offering U.S. and allied governments a variety of products and services. Technology is the common thread in all of Cubic’s offerings.