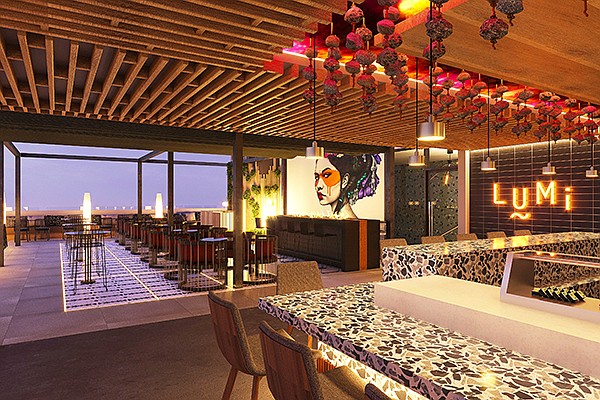 RMD Group is in the process of opening up a Japanese-inspired rooftop called Lumi, which will be run by two-time Michelin-starred chef Akira Back. Rendering courtesy of RMD Group 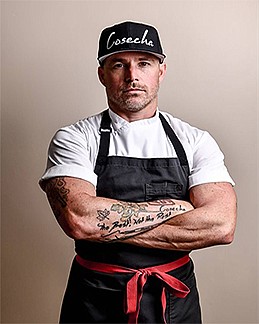 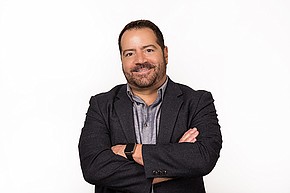 Earlier this year, Michelin, an internationally-recognized culinary rating system, and Visit California together announced they’d be releasing a one-of-a-kind guide that would cover select cities throughout the state. The “Michelin Guide California 2019” will include San Diego, as well as Los Angeles, Orange County and Santa Barbara.

With an eye on the prestigious ranking, local restaurateurs have been actively strategizing to make sure their restaurants are in the running, and, it is hoped, awarded a star — or two or three — when it is all said and done. Michelin will reveal the 2019 selections in the inaugural California Guide during an event this summer.

Chef Steve Brown said he hopes to not only run the first tasting menu-only restaurant in San Diego, expected to open later this year, but also, as a result of the concept, be the first restaurant in his native city to receive multiple Michelin stars.

“Any restaurant in its own realm can get a Michelin star, whether that is ramen or Indian food,” he said, adding that the name of the eatery will be CosechaSD (which means “harvest” in Spanish) and will most likely be located in Little Italy. “But, to get two or three stars, the restaurant has to be tasting menu only and it has to tell a story through the meal.”

Brown said CosechaSD will be a 16-course, full-tasting dinner menu that will cost $120 and will be based off the harvest of the Wild Willow Farm & Education Center near San Ysidro. He also said that the restaurant will seat about 40 people a night five nights a week — 20 during a 5:30 p.m. serving and then another 20 at around 8 p.m. — and will employ about 20.

Mike Georgopoulos, managing partner at RMD Group, a San Diego-based restaurants and nightlife management, consulting and development company, said having Michelin-rated restaurants in the city will benefit the entire industry.

“It’s really exciting for San Diego and speaks to the level of growth we have had in food and cocktail programs,” he said. “There are many fine, young and established chefs here who are excited about the opportunity and spotlight that Michelin will bring to this market. All of those will be great for San Diego diners and the food scene in general.”

RMD Group is in the process of opening up a Japanese-inspired rooftop called Lumi, which will be run by two-time Michelin-starred chef Akira Back. Georgopoulos said, although his objective in partnering with Back wasn’t to obtain a Michelin star necessarily, if the restaurant did win the notorious rating, “it would be a real honor for our team.”

Originally, CosechaSD was a pop-up, traveling tasting menu restaurant with a home base in San Diego. Brown’s initial thought was to eventually make it a brick and mortar; he just hadn’t settled on a location quite yet. He wanted to open it in San Diego, but believed the city wasn’t ready for the business model. When he learned that Michelin would be coming to his city, where his new wife and newborn son already lived, he knew the time and place was right.

Brown believes, while San Diego hasn’t quite been ready for a tasting menu-only restaurant, the presence of Michelin in the city will entice residents and visitors alike to expand their culinary horizons.

“San Diego wasn’t ready for a brick and mortar tasting menu restaurant, but with the announcement of Michelin coming to all of California, including San Diego, people that don’t know what Michelin is will now have heard of it,” he said. “What that does is it gets people ready and interested.”

Brown describes CosechaSD as not just dinner, but more of an experience or an interactive show. He said the 16-course meal will tell a story from beginning to end and every guest will be seated in a long table in the same room as the kitchen. There will be a spotlight under which all chefs, who are also servers, will stand to explain their inspiration behind each dish to their guests.

Brown said every detail has been meticulously thought through and selected for CosechaSD, from the hip-hop music that will play in the background, to the hardware created of fallen willow trees in the interior, to the handcrafted ceramic plates used to serve the meals.

Dinner will be pre-purchased through the CosechaSD website, and liquor selections, including wine pairings and beer, will be available for purchase at the restaurant.

Before returning to San Diego, Brown was living in San Francisco, where he recently opened Niku Steakhouse with a couple of other internationally celebrated chefs. Now, he’s excited about returning to his family and, perhaps, becoming the first Michelin-rated, tasting menu restaurant in the city.

“I think as a whole, Michelin’s presence will bring more focus to food in general as far as San Diego is concerned,” he said. “San Diego is somewhat of a bar town, and that just isn’t a sustainable business model, if you ask me. Michelin will bring the focus back to food, which has been lost in the city.”