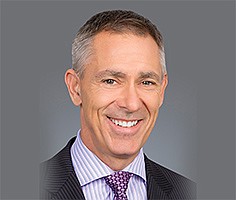 SDBJ 500 recap: Paul Thiel joined Northern Trust in 2018 to expand their presence in mergers & acquisitions and family law. He previously was managing director of the San Diego office of BNY Mellon Wealth Management. He is on his second term as CEO of Chairmen’s Roundtable, a group of about 40 former CEOs who donate their time to consult with promising companies. Thiel led the creation of the M&A Advisor of the Year and awards program for middle-market advisors and has served on numerous boards, including Planned Giving, La Jolla Institute for Allergy and Immunology and the Rancho Santa Fe Foundation.

In 2018 he won two divisions at the USA Racquetball National Doubles Championships.