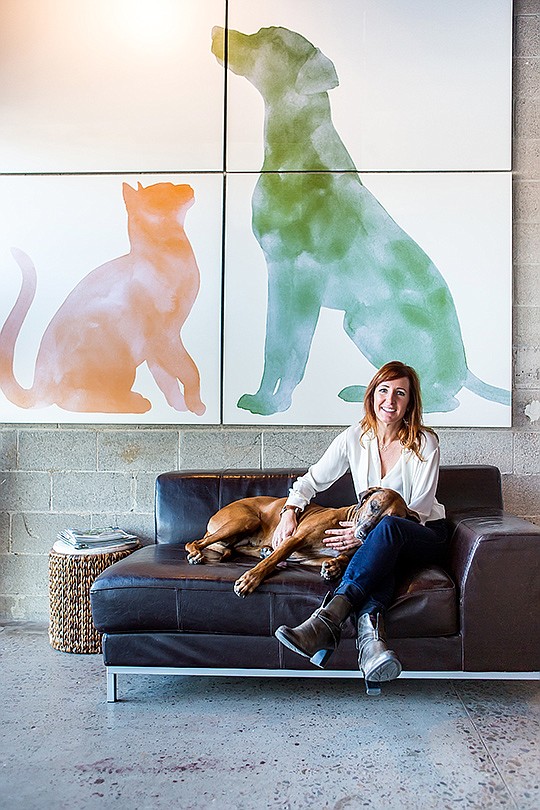 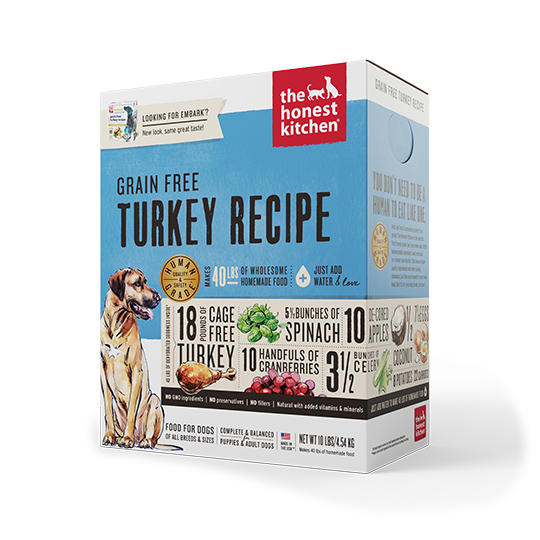 No. of local employees: Approximately 50

Many pet-owners treat their fur babies like their children.

For Lucy Postins, founder and chief integrity officer of The Honest Kitchen, treating her Rhodesian ridgeback Mosi like a human also meant feeding him human-grade food.

For years, Postins gave her dog conventional dog food, specifically from the pet food manufacturer she worked with in the early 2000s. At the same time, she was attempting to help Mosi overcome chronic ear infections and skin issues to no avail. That’s when Postins decided to start feeding her pet a homemade raw food diet which she said fixed his health problems in a span of a few weeks. This was the start of The Honest Kitchen, a company that produces human-grade dog and cat food.

Today, The Honest Kitchen products are available in over 5,000 pet supply stores in North America and sold online. According to Postins, the company with approximately 50 employees, is on track to produce about 13.5 million pounds of pet food this year at its East Village headquarters and feeds tens of thousands of pets every day. In 2015, The Honest Kitchen’s revenue was $30 million, according to Postins. That number has grown between 35% and 45% annually, she said.

“Trends that happen in humans translate into pets,” Postins said of the company’s growth. “The pet food industry at large is guilty of misinformation and cunning marketing that deceives consumers on what is in the products. You see these beautiful pictures of chicken breasts and peas and carrots, and the quality of what is inside the bag is not properly represented.”

Much like its name, Postins wanted to take a more honorable approach with The Honest Kitchen. So, she decided to go the human grade food route, which means The Honest Kitchen pet food products are edible and can be safely consumed by humans, according to the Food and Drug Administration (FDA), while nutritionally designed for cats and dogs.

“Being human grade was the most tangible way to differentiate us,” she said. “You have to adhere to human food production, which is night and day in terms of pet food facilities.” She said, once the product is certified human grade by the FDA, it has to adhere to complete transparency in terms of the supply chain, record keeping, quality control and recall, among other practices, to “insure it is as safe as something that humans will eat.”

Postins started making her own recipes in her kitchen in Pacific Beach in 2002. Although she was content with the effect a healthy, real food diet had on her dog, she wasn’t happy about the mess left behind. That’s when she came up with the idea of dehydration — or removing the moisture from the food.

Within a few months, she knew The Honest Kitchen could be, at the very least, a small, direct-to-consumer business. But the hold back was finding a “human food supplier that was willing to make dog food in their facility,” she said. “It took about a year to get (the company) off the ground.”

With the help of her husband, who loaned her $7,000 as seed money, and after a couple of rounds of refinancing her house for a home equity line of credit, as well as obtaining a small business loan and a working line of capital, Postins set off to find the right production partner.

“I didn’t want the food to be made in a pet food plant,” she said. “A number of facilities liked the idea, but when I told them the consumer would be a dog, not a person, they didn’t want to know anything more about it.” They were keeping in mind their human food clients and the message it would send if they had pet food boxes in their facilities, she said.

Around 2003, Postins found a partner in the Los Angeles area that was willing to manufacture the product for her.

Margaret Nee, holistic educator at Dexter’s Deli, said what sets The Honest Kitchen apart is that the product is certified human grade.

“That is very unique,” she said. “As far as I know, no one else makes what the FDA describes as human grade pet products. That’s why we’ve carried the food from the beginning.”

Things began to take off shortly after. The combination of the company’s sales team and customers asking stores to carry the line kicked the growth of The Honest Kitchen into high gear.

“The big drivers of growth include the over-arching trend of consumers becoming more focused on healthier food options for their pets, as well as word of mouth,” Postins said.

Today, the Honest Kitchen works with other manufacturers, particularly in the Midwest, and is in the process of launching a new production line in a facility in Compton. It is a human food facility, Postins said, “but we put our own production line in that facility. It is a new innovation — something that has never been done before.”

The Honest Kitchen is currently in the soft-launch stage of a new product, one Postins calls “whole food clusters,” in the Midwest. She compares it to granola and says it will roll out nationally in coming months.

“It has all the benefits of being ready-to-eat as it is simple to serve, but is made with 100 percent human grade whole food,” Postins said, adding that about 70% of the ingredients used in The Honest Kitchen products are sourced from North America, while some come from Europe and places in South America like Bolivia.

While Postins is responsible for creating all of the original recipes and formulas for The Honest Kitchen, she said she now works closely with conventional and holistic veterinarians who help her determine how the products can continue to fulfill the nutritional needs of cats and dogs. She added that all finance, operations and marketing is handled in-house at the East Village location. Packaging is done at the manufacturer in Illinois.

Because the company’s product is so unique, Postins said she doesn’t sell in big-box pet food retailers like Petco or PetSmart, adding she rather work with independent, boutique pet stores.

“They tend to have more of a focused staff that can speak more knowledgeably of the product line and help consumers choose what will make the most sense for them and their pet,” she said.

People in the specialty pet food industry are very supportive of one another, Postins said, specifically naming the likes of Primal Pet Foods Inc., a manufacturer of pet foods made of bones and raw foods located in Fairfield, California, and Bay Area-based Small Batch, which makes sustainable, organic pet food.