Lawyers Club of San Diego, an organization to advance women in law and society, has named Elvira Cortez from Dinsmore & Shohl as president, according to a news release. 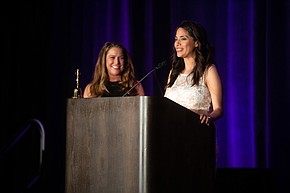 “I was asked to consider running for president and I was a little hesitant,” said Cortez via a statement. “It’s a big time commitment. Right now, I spend 200-300 hours per year working for the club. As president, it’s a lot more. But I thought about it and I know that I can do something impactful for the organization, so I decided to run and I was elected.”

Cortez said one of her objectives as president is to create a program to help women learn to develop a book of business. She also said she hopes to bring practices from Dinsmore, like extensive parental leave, to the Lawyers Club of San Diego.