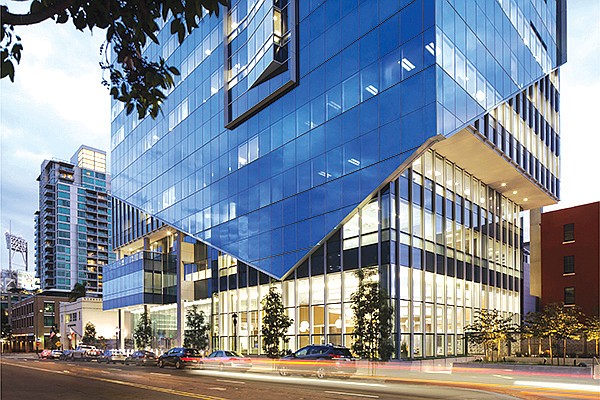 Legislative proceedings with the California Public Utilities Commission and liquefied natural gas were the main subjects of Sempra Energy’s first quarter earnings call May 7. Sempra executives, who reported earnings of $441 million — 27 percent above first quarter 2018 earnings of $347 million — said legislative proceedings related to SDG&E’s marketability to investors, and the ongoing milestones for Sempra LNG will play a pivotal role in the second half of the year for the utilities company.

Sempra Energy (NYSE: SRE) reported a 14.3 percent increase in year-over-year revenues for the quarter at $2.9 billion and said earnings per share reached $1.59 in the first quarter from $1.33 per diluted share for the same period last year.

According to a financial statement from Sempra, its utilities business lines accounted for $2.5 billion in quarterly revenues while its energy-related business lines raised $383 million in revenue.

“We believe our ROE applications are appropriate based on our financial modeling, input from external consulting experts and taking into account the current capital markets and regulatory environment,” Sempra Energy President and Chief Operating Officer Joe Householder said during the earnings call. “We also believe the applications will help to ensure the creditworthiness and financial integrity of our California utilities. For additional perspective, our base return on equity requests are similar to our authorized return on equities prior to 2012, which were around 11 percent.”

Householder said the last major permit required for the company to begin shipping LNG out of its export facility in Baja California, Mexico, Energia Costa Azul, is an export permit from Mexico. The utilities company secured federal support for its two LNG facilities in the U.S. in the first quarter of this year when the Federal Energy Regulatory Commission approved LNG exports out of Sempra’s LNG facilities in Louisiana and Port Arthur, Texas, to nations without a free-trade agreement with the U.S. Sempra also secured FERC approvals to site, construct and operate its LNG facility in Texas in the quarter just ended. Final investment decision on the Port Arthur facility is still slated for the first quarter of 2020.

Jeff Martin, chairman and CEO of Sempra Energy, said the company’s next strategic goal, following a $2.5 billion divestiture in renewable and midstream assets in North America, is the sale of Sempra’s South American business, slated to close by the end of the year.

“Our business is at the intersection of two key trends that are transforming the energy markets, the transition towards cleaner energy, which is happening market-by-market, and the U.S.’ growing dominance in the global energy markets,” Martin said. “We expect our assets to play a key role in furthering both of these trends, which in turn should create jobs both in the United States and Mexico, bolster the economies of both countries and drive future value creation for our shareholders.”

The energy company also revised its projected share of run-rate earnings from its Cameron LNG facility in Louisiana to be between $400 million to $450 million annually, from $365 million to $425 million.

Sempra completed the divestiture of $2.5 billion in U.S. wind and solar assets in the first quarter of 2019. The company reported $11.69 billion in revenue for fiscal year 2018.