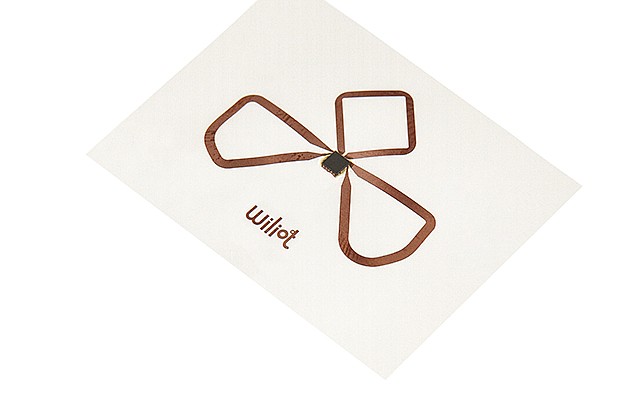 Below, Wiliot makes tiny Bluetooth tags that can be attached to clothing, car parts and other items during the manufacturing process. Photo courtesy of Wiliot

Tiny chips embedded in packages. Networks spanning roadways and dams. These are just a few of the technologies that a growing number of San Diego startups are enabling. 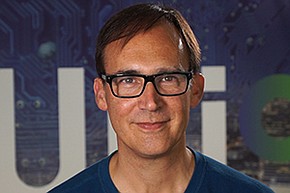 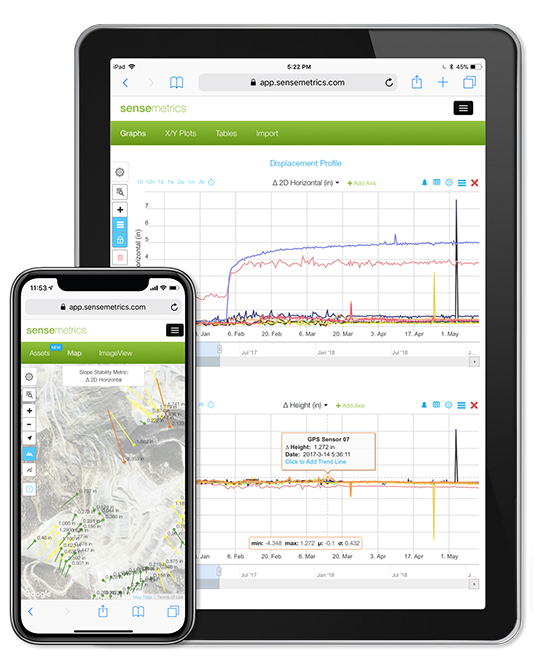 Left, Sensemetrics’ platform helps companies pull in data from the various sensors they have installed on site. The startup works with mining companies, dams and transportation companies to help them manage their data. Photo courtesy of Sensemetrics

Wiliot, for instance, is making small Bluetooth tags, that can be attached to everything from clothing to car parts to provide more information about a product’s journey through the supply chain. Sensemetrics, another local Internet of Things startup, is helping miners and manufacturers get safety and maintenance data in real time.

Both companies are positioned to benefit from a tsunami of industrial applications for IoT.

“The ability for manufacturers to see real time info about what’s being sold will save billions of dollars. The ability for brands to see what’s going on inside the factories making their products around the world in real time is revolutionary,” said Steve Statler, senior vice president of marketing and business development for Wiliot.

Most people might associate the “Internet of Things” with smart homes, wearable fitness bands and Amazon’s Alexa. But a growing number of companies are focusing their efforts on a different flavor of IoT, one that focuses on factories, manufacturers and energy providers. In the long run, they see an opportunity to change how everything from cars to shoes is made.

And, the promise of industrial IoT is drawing attention from investors. According to a 2017 report by PricewaterhouseCoopers, venture capital firms have invested a total of $2.5 billion into IoT products, more than double the amount invested five years prior. And, more than 90 percent of manufacturers use or plan to use IoT products to improve their operations, according to the report.

Currently, most manufacturers use barcodes, QR codes or radio technologies to scan items. While barcodes and QR codes are cheaper, technologies like RFID (radio frequency identification) and Bluetooth allow items to be scanned automatically, without manual intervention. The downside of RFID is the cost; RFID readers are expensive enough that they have to be justified for a project, Statler said.

Wiliot’s tiny, sticker-sized Bluetooth chips can be manufactured at a low cost, which allows them to be used in a number of cases. Most importantly, they have the ability to harness wasted radio frequency energy, meaning no battery is needed.

Statler said Wiliot’s tags allow companies to track everything from raw materials to finished goods, as well as products traveling between manufacturers, distribution centers and stores into people’s homes.

“We have the opportunity to change the way things are made and distributed, connecting the activity in stores back through the supply chain to factories,” he said. “This can save money and speed up delivery. It can also combat counterfeit and gray market issues.”

The company closed a $30 million series B round in January. RFID leader Avery Dennison was one of the company’s investors, alongside Samsung, Amazon and Qualcomm Ventures. Wiliot has funded projects with 15 large companies, ranging from major fashion brands to logistics companies to a car part maker.

An array of sensors by itself still isn’t enough for a functional industrial IoT project. Companies still need to be able to easily retrieve and make sense of the data. That’s where Sensemetrics comes into the picture.

The San Diego-based startup pulls data from sensors made by the major industrial manufacturers, and aggregates it into real-time reports.

Its largest clients include energy, mining and construction companies, such as San Diego Gas & Electric, AECOM and Chevron. Sensemetrics is also starting to work more with industrial machines and factories, such as monitoring machines outside of the main assembly line for maintenance.

“There’s wide applicability for the types of monitoring we’re doing,” CEO Matt Meehan said. “Our clients can have hundreds of factories, tens of thousands of machines. Being able to handle that distributed data is something we’re really good at.”

Meehan said Sensemetrics’ technology is important in critical cases, such as monitoring the structural integrity of a dam or the safety of a mine slope. In most cases, companies have to go out into the field and collect data manually; it can take weeks to get a useful data set. By allowing customers to monitor data in real-time, they can get information about structural weaknesses earlier, and plan accordingly.

In other cases, Meehan said Sensemetrics’ systems can improve worker safety. For example, along roads that may be vulnerable to rock slides, crews stop along the shoulder of the road to check the slope stability. But with the ability to get sensor data in real time, they can stay out of harm’s way.

Sensemetrics closed on a $10 million funding round at the end of December. The company is building out its workforce, and is expanding to Europe and South America, where many of its clients have work to be done. 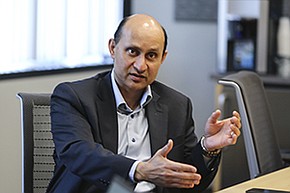 Both Statler and Meehan said they were interested in new network technologies that could improve their work. For example, since Wiliot’s tags connect to a cloud network, Statler said the company was interested in 5G. Meehan said advancements in satellite and 5G networks would both benefit Sensemetrics’ work.

The new cellular standard, 5G, is expected to result in higher data rates, more reliable connections and lower latency. While all of those features are useful for smartphones, the most exciting possibilities are in other devices.

Seeing an opportunity, San Diego-based chipmaker Qualcomm Inc. has invested more of its research, and investment dollars, into this space.

“If all we were doing was just smartphones, that’s not the most compelling reason to do 5G,” said Durga Malladi, senior vice president of engineering and general manager of 4G and 5G for Qualcomm. “For the first time, we’re taking the cellular industry into all sorts of new industries. … There’s a huge opportunity for industrial IoT and manufacturing.”

Earlier this year, the San Diego-based semiconductor company ran a test of the technology in a factory setting, showcasing 99.9999 percent reliability. That means, for every million packets of data sent out, only one would be lost, Malladi said.

The test ran for days before the company determined, yes, this does work.

“It’s almost as if you had a wire attached to it,” he said. “You know it should work, but when you test it and it does work, it’s quite something.”

Qualcomm has turned to major manufacturing partners, including Bosch and Siemens, to determine how 5G technology could best be deployed.

Reliability and low latency (or lag time) are especially important in an industrial setting, where an outage can cost hundreds of thousands of dollars. Some manufacturers, such as German automaker Audi, are turning to 5G networks to replace WiFi networks, ethernet cables and other means of connecting.

According to PricewaterhouseCoopers, 5G mobile networks are expected to enable $3.4 trillion in economic output in the manufacturing sector by 2035.

Outside of research and development, Qualcomm has also been building its connections in industrial IoT through its corporate venture capital arm. The company has made investments in several IoT startups, both in San Diego and overseas.

“IoT is one of the new domains we’re looking at. I think it’s a good investment both strategically and financially,” said Boaz Peer, a director with Qualcomm Ventures.

Peer said these investments show promise for allowing for flexible production lines, as well as better data flow within the manufacturing space.

“If you look at the IoT space, it’s created a new wave of startups,” Peer said. “IoT is something we could talk about for a long time.”