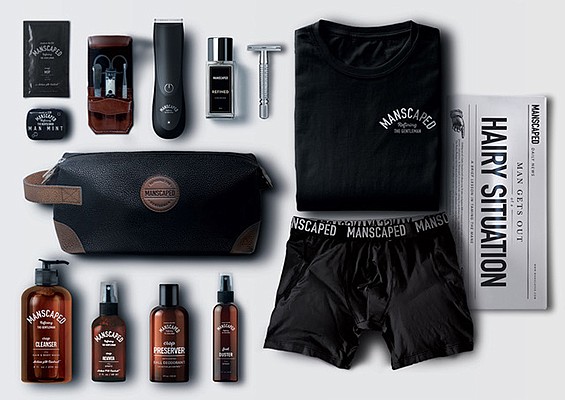 Manscaped products are below. The company offers the lawnmower 2.0, an upgrade of the original lawnmower 1.0. It features a quiet stroke technology as well as a safeskin technology, to avoid nicking and also unnecessary loud buzzing sounds when trimming. Photos courtesy of Manscaped 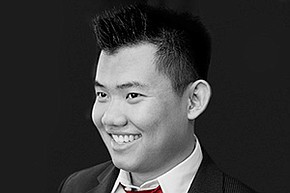 No. of Local Employees: Approximately 25

Company description: A company which designs, manufactures and sells grooming and hygiene products for men.

For Paul Tran, co-founder and CEO of San Diego-based Manscaped, a company that focuses on what it calls “below-the-waist grooming” products for men, a little bit of humor goes a long way.

Headquartered in Carmel Mountain and with a team of about 25, Tran said Manscaped has grown rapidly since launching in 2017. Tran credits that partially to the company’s strategy of using comedy and wit to talk about the somewhat taboo topic.

“The biggest avenue for us has been through highly comedic commercials,” he said. “All our videos are really funny — that is how we speak to guys. It’s hard to talk about this stuff seriously.”

In late 2018, after appearing on ABC’s “Shark Tank,” Manscaped received an investment of $500,000 from billionaire Mark Cuban and Lori Greiner, in exchange for 25 percent of the company. Tran said, outside of “Shark Tank,” the company was funded solely by the founders.

While Tran wouldn’t disclose revenue figures, Inc.com reported Manscaped generated $1.5 million in 2017. According to Tran, the company’s revenue grew by 800 percent in 2018.

“What they do and do well is they have fun with this,” he said, adding that attitude and tone is probably what has gained them trust from the male consumer. “It is all kind of funny, but then they sell you on this other stuff, like shampoos and shavers and body washes. They entered the market through manscaping, but, the company is not only about that, and that is what will make it even more successful in the male grooming and hygiene industry.”

Manscaped got started when its co-founders Tran and Steve King decided they wanted to enter the hygiene market with a consumer packaged goods product. Tran said, after examining products for females and quickly coming to the realization that there is a brand that already focuses on most, if not all, of the female body parts, Tran and the team decided to shift focus and consider the male species.

Today, Manscaped offers the lawnmower 2.0, an upgrade of the original lawnmower 1.0. It features a quiet stroke technology as well as a safeskin technology, to avoid nicking and also unnecessary loud buzzing sounds when trimming. Tran said Manscaped will next release the Lawnmower 3.0, which will have backward compatible blades and will feature replaceable blades, which customers can receive every three months through an optional membership program.

Tran, who studied computer science at the University of Southern California, said Manscaped’s internal group of R&D chemists is responsible for creating the products in their specifications. He said all of the company’s wet products, like soaps and shampoos, are made in the United States — built by the team in San Diego and compounded in Los Angeles — while all other items are manufactured in China by a partner factory.

Manscaped has sponsored two men who play for the New England Patriots and a racecar in the NASCAR Daytona 500. The company is set to make an appearance in an upcoming movie.

All of these collaborations happened through no efforts of their own, Tran said. “People like the brand, and they wanted to get involved and be a part of it,” he said.

Tran said the Manscaped goal is to provide millions of men worldwide who are currently grooming with the wrong product, the right tools to properly “manscape.” He added that, to better serve the male grooming population, Manscaped products will be available in brick-and-mortar stores throughout the country later this year.