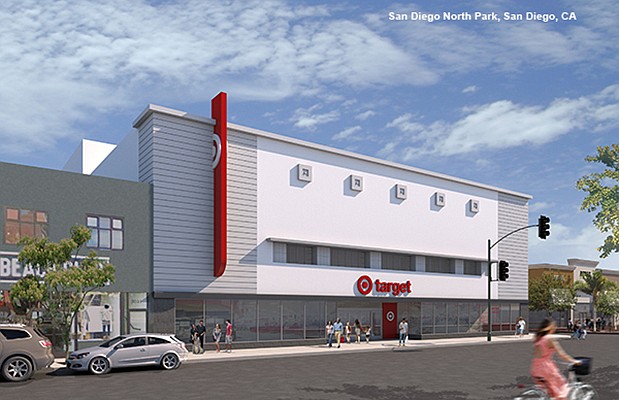 Standard Target stores are usually about 130,000 square feet in size. But, when the company’s executives saw a relatively smaller building in North Park, formerly known as Wang’s North Park Restaurant, they knew a reduced Target would be the right fit for the urban neighborhood.

Earlier this month, Target opened its second small-concept location in San Diego, on University Avenue, at 35,000 square feet. Although smaller than the average Target, thus, carrying less stock, Jacqueline DeBuse, a Target spokesperson, said the store made sure to closely cater to the local community. In order to do so, it conducted surveys and listening sessions, among other research, to better understand the local consumer needs. So, while there may not be the selection that a full-sized store carries, DeBuse said she is certain what is in stock at the new location is exactly what the residents want.

Target has been opening small-concept stores around the country in order to penetrate dense urban areas that may not have larger real estate available. So far, Target has opened 90 stores nationwide and will open about 30 more this year, according to DeBuse.

The North Park Target has hired approximately 60 employees and is pound for pound as productive — or more — as bigger stores, said DeBuse. Much like it has done with previous stores, Target, with the help of organizations like the North Park Main Street, North Park Planning Committee and North Park Community Association, has commissioned local artwork for the location. Channin Fulton has designed the interior artwork and Kaori Fukuyama the external mural to be featured on the side of the building and completed later this spring.