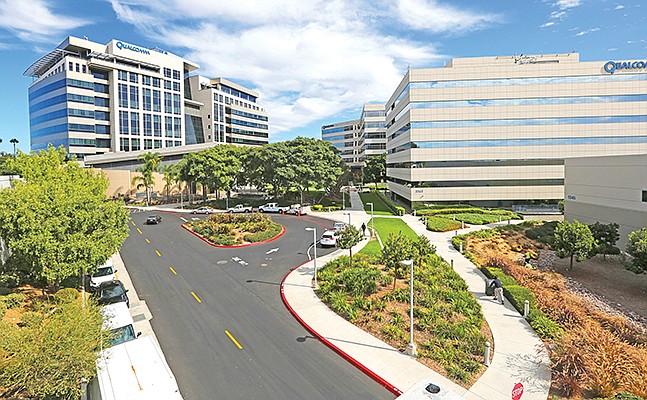 Qualcomm lost a patent case against Apple Inc. on March 26 when the U.S. International Trade Commission ruled one of the chipmaker’s patents was invalid. An administrative law judge ruled in Qualcomm’s favor that afternoon in a second patent case the company brought before the ITC, which the full commission will decide on later this summer.

In a highly-anticipated final ruling March 26, the U.S. International Trade Commission struck down a patent case Qualcomm Inc. had brought against Apple Inc. The full commission ruled that Qualcomm’s patent for a battery-saving technology was invalid, ending a key case for the San Diego-based chipmaker in its extended legal battle with Apple Inc.

“We’re pleased the ITC has found Qualcomm’s latest patent claims invalid. It’s another important step to making sure American companies are able to compete fairly in the marketplace,” Apple wrote in a statement. “Qualcomm is using these cases to distract from having to answer for the real issues, their monopolistic business practices.”

Earlier in March, a San Diego jury ruled that Apple had violated three of Qualcomm’s patents — including the power-saving patent in question — to the tune of $31 million in damages. In a news release, Qualcomm said it would ask the ITC to reconsider its decision in light of that verdict. Otherwise, $31 million is a small sum compared with the billions of dollars the companies are claiming against each other.

The two companies have been locked in a scorched earth legal battle for more than two years. Qualcomm has accused Apple with violating its patents and breach of contract. Apple, for its part, has accused Qualcomm of using its market power to overcharge phone makers for licensing fees. Apple has said Qualcomm owes it $1 billion in rebate payments from a previous business agreement, and Qualcomm claimed the consumer electronics company owes it $7 billion in unpaid royalties.

Qualcomm is still trying to secure an import ban against Apple in a second, separate case the company brought before the ITC related to one of its hardware patents. Such a maneuver would give the chipmaker more leverage in negotiating licensing terms with Apple.

Earlier in the day on March 26, in a separate case before the ITC, Administrative Law Judge MaryJoan McNamara ruled that Apple had violated one of Qualcomm’s patents, and recommended a ban of older iPhones that infringed it. It’s unclear which phones would be affected by a ban, but Bloomberg reported the iPhone 7 and the iPhone 7 Plus were mentioned in the original complaint. The full commission will also have the final word in that case, after it finishes its investigation in July.

Apple and Qualcomm are still awaiting two more imminent court decisions that could turn the tide of the legal fight. Next month, Apple will bring its antitrust case against Qualcomm to trial at the U.S. District Court for the Southern District of California in San Diego. Meanwhile, in San Jose, U.S. District Judge Lucy Koh also has yet to make her final ruling in the Federal Trade Commission’s antitrust case against Qualcomm, which concluded on Jan. 29.