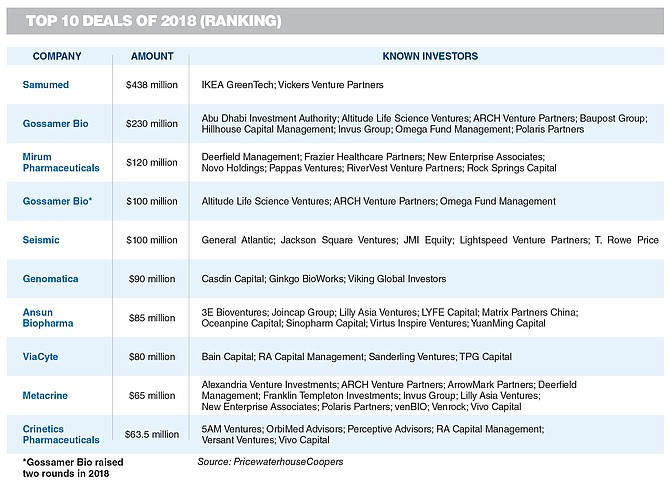 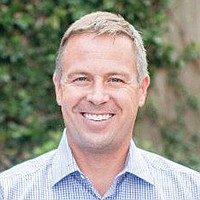 Since then, things have changed. Seismic’s valuation has ballooned past $1 billion, and the company has raised more than $160 million in funding to date. If Seismic’s future looks bright, expect an even sunnier outlook for San Diego, as more investors turn their eyes — and dollars — down the coast.

Peter Arrowsmith, a general partner with JMI Equity and a board member of Seismic, said he was bullish on San Diego. Though his firm primarily makes growth-stage investments in business-focused software companies, it has also made 10 investments in its backyard, including Classy and Seismic. 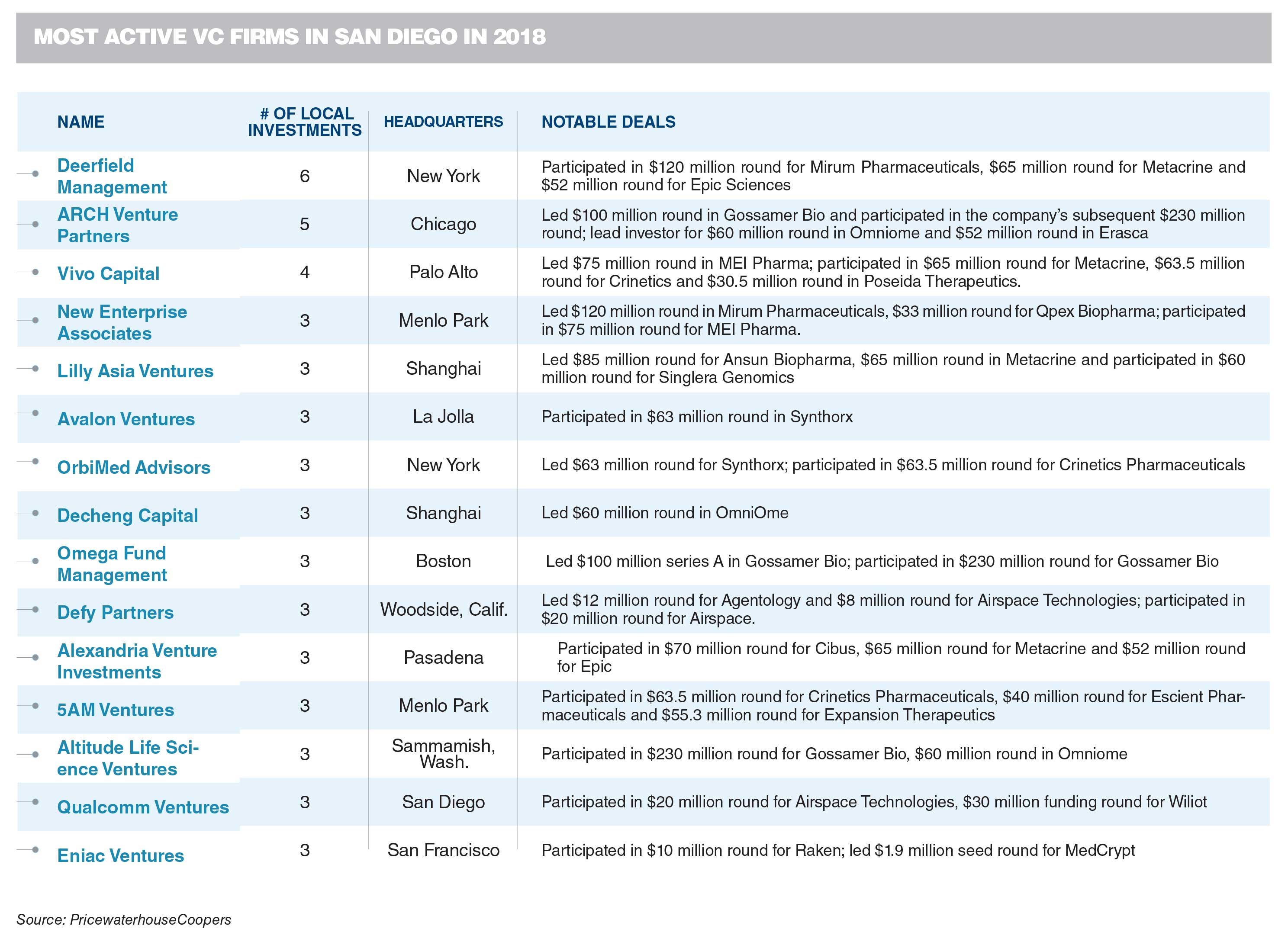 Most active VC firms in San Diego in 2018

“In the 20 years that I’ve been here doing this, the number of good ideas and fundable companies continues to increase in the (San Diego) software market,” Arrowsmith said. “Early-stage investors outside of San Diego are active here, looking. They view San Diego as a fertile ground to make investments.”

While local VCs still play an important role in growing and nurturing San Diego startups, growing interest from outside investors has led to more eye-popping numbers.

In 2018, the total amount of venture capital investment increased to $2.51 billion — nearly double the previous year’s investment, and the highest it had been since the dot-com bubble in 2000. Favorable investing conditions coupled with a bumper crop of maturing startups are bringing money to San Diego.

Mike Krenn, president of the San Diego Venture Group, said companies here are attracting suitors of all sizes. Early-stage funds in Los Angeles have taken to looking in the San Diego area, such as Crosscut Ventures and Rincon Venture Partners, which invested $3 million in enterprise messaging company Zingle before it raised, $11 million round in January.

Larger firms, that won’t invest less than $50 million, have been snooping around, too.

“There’s been so much interest in San Diego that I think funds that don’t have an investment here are looking aggressively,” Krenn said.

San Diego has fewer VC firms than its other California counterparts, and that isn’t likely to change soon. Former startup CEOs and finance executives have created their own funds to help fill in the early-stage gaps, but the fact remains that Silicon Valley simply has a massive concentration of venture capital.

According to PricewaterhouseCoopers, San Diego has just 46 venture capital firms, compared with 182 in the Los Angeles metro and 812 in the San Francisco Bay Area.

Those numbers might sound discouraging, but for investors who are willing to travel, it can make San Diego companies an attractive prospect.

Why? It comes down to two things: money and persistence. 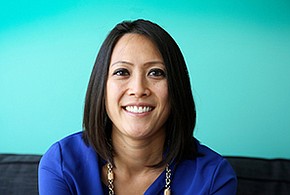 Allison Long Pettine, founder of seed capital venture fund Crescent Ridge Partners, said companies that don’t have access to large amounts of cash early on tend to be more capital efficient, which is attractive to investors. And with less investment, those companies also tend to have a lower valuation, so they’re perceived as a better deal.

“The entrepreneurs also have a lot of grit and don’t give up easily. We’re seeing some wins as well; all of that combined is making people interested in what we’re doing,” she said. “You’re seeing a lot more Silicon Valley VCs, VCs from Salt Lake City, Arizona, Seattle… there is money coming in from all different places.”

One firm that appears to have taken a liking to San Diego companies is PeakSpan Capital. The software-focused firm, co-founded by Phil Dur, Brian Mulvey and Matt Melymuka, has invested in six San Diego startups to date — and it’s only started to invest out of its second fund.

“When I think back in my career 10 years ago, not very often did we think about San Diego,” said Mulvey, who is based in New York. “It’s definitely been a big increase in the volume of exciting companies that are getting to scale.”

Interestingly, few of Mulvey’s investments were made through past introductions. Rather, the company uses a software system it developed to vet thousands of companies, before reaching out to about 50 for due diligence. PeakSpan identified some of its most recent investments, including Cloudbeds, PetDesk and Zingle, in this manner.

Mulvey didn’t know of any quirk in PeakSpan’s algorithms that kept pointing the firm to San Diego companies, but noticed one commonality among startups here. Management scored big points for being transparent, collaborative and constructive, which PeakSpan considers important in its investments.

“I don’t know if it’s because of the sunshine down there or what, but almost every entrepreneur we meet is amazing in this respect — and that is a rare attribute,” Mulvey said. 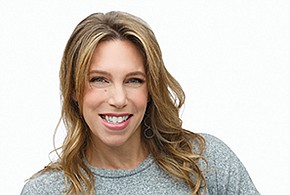 JMI Equity’s Arrowsmith also pointed to San Diego’s growing pool of executive talent as one of its keys for success. In addition to pitch contests and VC dinners, local groups also host events to bring startup CEOs together, to swap tips, strategies and investor contacts.

For Dawn Barry, CEO of health data startup LunaDNA, it was the company’s connections to Illumina that helped it bring in its first backers. The two-year-old company had garnered $4 million in funding, including support from Illumina’s corporate venture capital arm, Illumina Ventures; Arch Venture Partners, one of Illumina’s early investors; Illumina co-founder David Walt; and Dr. Aristides Patrinos, the scientist who helped lead the Human Genome Project.

Connections to Illumina aside, Barry said her company also caught the interest of these groups by taking their work to the next level in helping put DNA data to use.

“Now there’s so much emphasis on making an impact through the data,” Barry said. “In San Diego, we see interesting innovations at the intersections. We see collaboration between industry and academic institutions. Operating a business like this in San Diego, I think, is the perfect fit.” 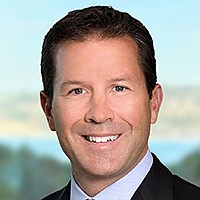 When Crescent Ridge Partners’ Pettine moved back to San Diego in 2012, she said the startup community was “pretty fragmented,” and most of the companies were still in the earlier stages. Since then, startup investors and advisors have been working in tandem to push for a higher profile for San Diego companies — and the effects are beginning to show.

For the past five years, Krenn has done just that by bringing startups to the Bay Area to introduce them to investors, and by helping outside investors navigate the network of San Diego startups.

Terry Moore, managing partner of boutique investment firm Moore Venture Partners, has also taken a similar tack with his investing strategy. He founded his firm a decade ago with hopes of rebuilding venture capital in San Diego. At the time, VC investments had slowed to a trickle, dipping below $1 billion.

Moore struck gold early with one of his firm’s first investments in EcoATM, which was acquired less than two months later by Coinstar. One of Moore’s more recent investments, Edico Genome, sold to Illumina for $100 million last year. Now, the firm is working on raising its fourth fund.

Though Moore Venture Partners isn’t a lead investor in any of its deals, the company partners with outside firms to help raise Series A, B and C rounds.

“I feel like Johnny Appleseed in a way,” Moore said. “I’ll take our top companies to Silicon Valley… sprinkle the seeds of these great opportunities and gauge the interest of a top-tier fund.”

A Lot of Momentum

In general, VC investments have been up across the U.S. for the past few years, as firms that have built up large cash reserves benefit from low interest rates.

Trevor Callan, managing partner of Callan Capital, described it as the “perfect confluence of events.”

“The financial markets in general have been recovering for 10 years,” he said. “You’ve got a lot of momentum across a lot of classes.”

San Diego is also subject to two other major national trends: fewer companies are receiving funding, but those that do are seeing much larger amounts. Those trends are expected to continue through 2019, with big rounds already raised by autonomous truck startup TuSimple, oncology biotech Erasca and DNA sequencing company Omniome.

In the long-run, Moore said he hopes to see the amount of local venture capital increase so companies can stay in America’s Finest City.

“That’s the challenge — how do we continue to grow?” Moore said. “That’s been my life’s pursuit, to increase the amount of local capital so we don’t lose our companies to Silicon Valley or San Francisco. To turn down a top VC term sheet, it’s hard to do.”

See More: Funding Journey Starts With Getting Your Foot in the Door