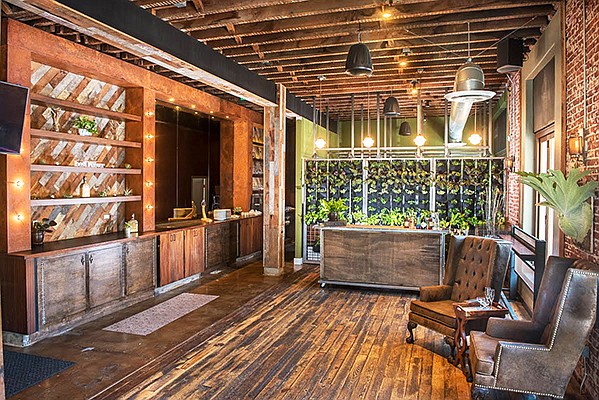 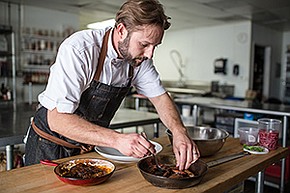 No. of Employees: Two full-time, 15 part-time

When chef Nick Brune noticed a void in the San Diego event space market, he decided to expand his organic food catering business, Eco Caters, and open up private venues of his own.

In 2017, with the help of some business partners, 36-year-old Brune opened Lot 8, an outdoor 4,500 square foot event space in Mission Valley that focuses heavily on weddings, among other private events. Earlier this month, Revel Revel, in San Diego’s downtown area and owned and managed by Eco Caters, also opened. The 1,400 square foot space can accommodate up to 245 guests and, with its rustic urban feel and location, was designed with corporate events and commercial and photo shoots in mind. With prices starting at about $900 per event, Brune projects Revel Revel will make around $2 million in annual revenue, boosting the Eco Caters’ collective revenue to a little over $3 million in 2019. Brune said Revel Revel will probably host about 80 events this year and close to 120 next year.

The incentive for Brune to get into the private event space business was the lack thereof, although he said there have been plenty of private event spaces that have popped up in San Diego County since the opening of Lot 8. Still, he believes what sets his company apart is that, aside from offering beautiful event spaces, he also offers (sustainable and locally sourced) catering.

That is the Revel Revel competitive edge, he said.

Revel Revel will work hand-in-hand with coordinators to help clients with their events. Because of his liquor liability insurance, Brune said he can get bartenders, waiters, kitchen staff and any additional vendors that can aid in the preparation and set up of any affair. He also said customers can bring their own vendors, including florists.

Although the local private event space is growing dramatically, Brune said he isn’t too worried about business slowing down any time soon.

“I have been getting hit by planners saying they want to host something downtown, but not in the same old hotel,” he said. “They just want something different these days.”