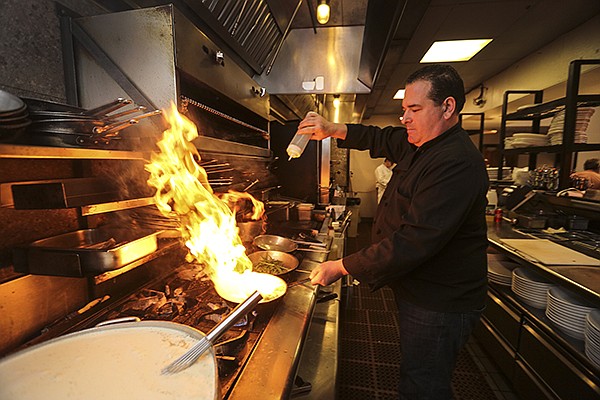 Nino Zizzo, is executive chef of all three of the Busalacchi Restaurants locations. Here, he is seen in the kitchen of Barbusa, a modern Italian food place, located in Little Italy. Photo by Jamie Scott Lytle

No. of Employees: Approximately 200

Company Description: A family-owned restaurant group that currently has three restaurants in the Little Italy neighborhood. 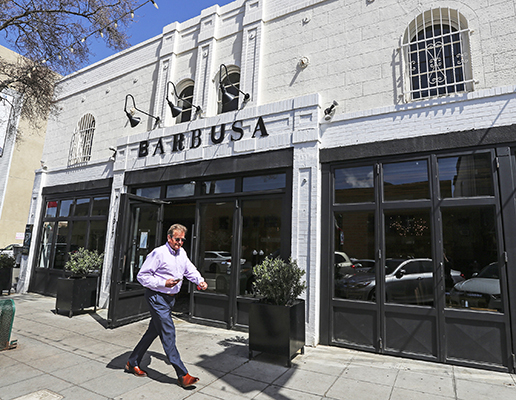 After 14 years in business, Po Pazzo Bar and Grille, the Busalacchi family’s steakhouse, was converted into Barbusa, a modern Italian food place, in 2016.

That’s why, in 1994, eight years after the Sicilian immigrant opened his first namesake restaurant in Hillcrest, Busalacchi, with the help of his brother Frank Busalacchi, opened Trattoria Fantastica.

And more openings followed. Impressed with Trattoria Fantastica, other landlords in Little Italy, which didn’t have many businesses to boast at the time, began to offer the Busalacchis inexpensive rental opportunities in hopes of boosting the value of their properties with a Busalacchi restaurant. Before they knew it, between 1984 and now, the Busalacchis have opened and operated nine restaurants up and down the budding Little Italy streets.

Today, after condensing the family-run business due to rising property rental prices, the Busalacchis own three successful food places —Barbusa, Nonna and Café Zucchero— in Little Italy; according to the Little Italy Association, 2001 is considered the year the Italian enclave began to expand and develop. And, in 2014, it was named the 10th most popular neighborhood in the U.S. for millennials by Forbes Magazine.

Passing of the Torch

But longevity hasn’t come without its share of tribulations. PJ Busalacchi said despite stepping down and enjoying the fruits of his labor these days, it has been difficult for his father to sit back and watch some of the changes that the younger Busalacchis have made to the family restaurants.

After 14 years in business, Po Pazzo Bar and Grille, the family’s steakhouse, was converted into Barbusa, a modern Italian food place, in 2016. In 2017, the 3,000 square-foot Trattoria Fantastica, a traditional Italian eatery, was made over into what today is called Nonna, a rustic comfort Italian food spot. 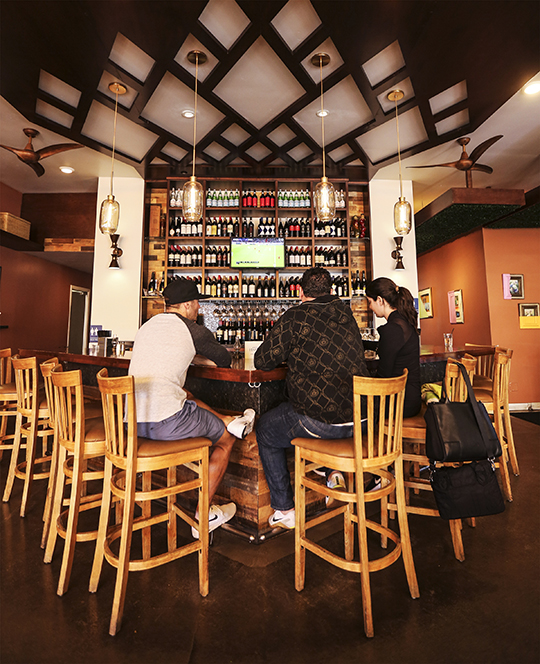 In 2017, the 3,000 square-foot Trattoria Fantastica, a traditional Italian eatery, was made over into what today is called Nonna, a rustic comfort Italian food spot.

“Po Pazzo was a fine-dining steakhouse with white table cloths and a really dark atmosphere. After 14 years, we realized the locals that were living in Little Italy weren’t dining at the steakhouse — they wanted to dine at a fun Italian local hangout,” said PJ Busalacchi. “So, it needed a refresher but it is tough for my dad to let go of his old-school mentality. It’s hard for him to listen to my brother and me — the younger generation — and readily accept what we know today’s dining generation wants.”

Miro Copic, a marketing professor at San Diego State University, said although it is typical for the founder of a company to feel uneasy when passing down the business to anyone else, family or not, businesses have to do whatever is necessary to stay attractive to customers. 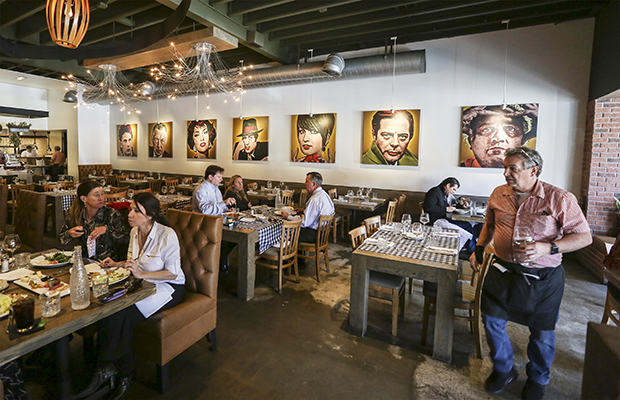 The 4,000 square-foot Barbusa is doing triple in revenue than Po Pazzo did in its final years running, according to general manager and partner, PJ Busalacchi.

“The founder letting go is always a challenge from a business perspective,” he said, but, “from a brand point of view, you must always remain vigilant. You don’t have to change the brand position, or the formula that makes it successful, but, you have to make sure you still differentiate, are not outdated and are in context with the times.”

Copic said Little Italy has grown, meaning it now stretches past the India street boundaries. Since it is more of a hangout area and there are more restaurant offerings to choose from, companies like Busalacchi Restaurants have to make sure they are not just getting reservations from those that know the name, but also from walk-in traffic which needs to be enticed by atmosphere as well as menu options in order to dine there, he said.

Generational clashing aside, all has fared well for the Busalacchis and their business. On any given night, the Busalacchi restaurants collectively serve between 500 and 700 patrons. In fact, PJ Busalacchi said the 4,000 square-foot Barbusa is doing triple in revenue than Po Pazzo did in its final years running. He not only credits that to the revamping, but also to the family’s continual focus on treating each customer as kinfolk.

“We obviously have a great product in our food, but we also place a large focus on treating our customers like family,” said PJ Busalacchi, “and we have done that by having an actual member of the family in each of the restaurants at all times.” He said a Busalacchi is always around, shaking hands with the customers and making sure they are having a good time.