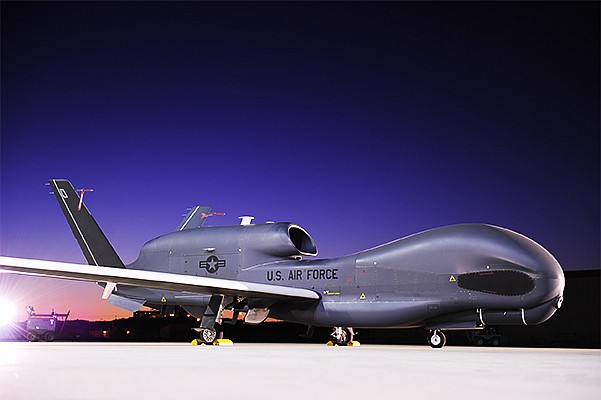 A Global Hawk aircraft similar to the one that made an entrance to the Australian air show. Photo courtesy of Northrop Grumman Corp.

At 13 hours and 3,075 nautical miles, it was a relatively short flight for a U.S. Air Force Global Hawk unmanned aircraft.

The Air Force, Northrop Grumman Corp. and the Australian government had enough confidence in its hardware and software to let the aircraft land during an air show in front of a crowd — a first. The Block 40 Global Hawk started its trip in Guam and ended it in Geelong, near Melbourne in the southern part of Australia on Feb. 28.

The aircraft is capable of 32-hour flights and altitudes as high as 11 miles. Global Hawk made a historic, 23 hour flight from Southern California to Australia in 2001.