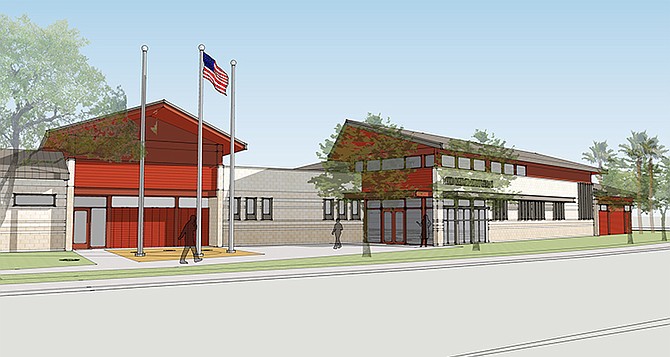 Workers at Erickson-Hall Construction Co. based in Escondido will eventually own the company under a plan put in place by the company’s founders, David Erickson and Michael Hall.

“We’re establishing a path toward 100 percent ownership at some point in time,” said Erickson, who is the company’s CEO.

After spending 30 years in the construction industry and 20 running a construction company, “You start figuring out what a transition is going to look like and we looked at all the options and figured out what would be the best with our team,” Erickson said. “The other option is you sell to an out-of-town company or you shut it down or there’s a lot of private equity that’s trying to buy (a company) but they’re focused on buying it, running it and flipping it. We didn’t see that as a viable alternative to enhance the culture that we’re trying to build.”

Although neither he nor Hall have plans to retire anytime soon, Erickson said “The intent is to provide an opportunity for the younger people and longer term sustainability of the company by giving back to the employees who helped build the company.”

“We have all of our employees starting to think like owners,” Erickson said. “It’s not short-term wealth for employees as much as it’s a long-term increased benefit.”

At a time when contractors are facing severe labor shortages, Erickson said that moving toward becoming an employee-owned business might give the company an edge.

“Anything that you can do to enhance the working environment, the compensation, the long-term sustainability of the company I think adds to your ability to retain and attract great people,” Erickson said.

Erickson-Hall has done a number of high-profile projects, including construction of new regional headquarters for the California Highway Patrol in Kearny Mesa, a performing arts center in Carlsbad and the The New Children’s Museum.

The company also has a full roster of projects to carry it through 2019, Erickson said.