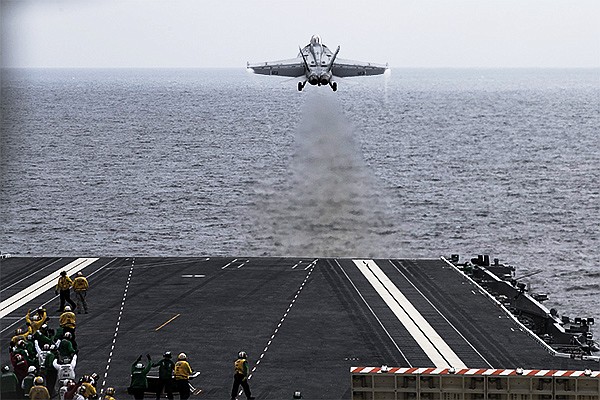 Engineers are still trying to get the system right. A recent report from Congressional Research Service says the catapults have “poor reliability.”

“Through the first 747 shipboard launches, EMALS suffered 10 critical failures,” said the March 7 report. “This is well below the requirement of 4,166 Mean Cycles Between Critical Failures, where a cycle represents the launch of one aircraft.”

On March 1, the Navy awarded a separate, $11.7 million contract for spare parts for the EMALS system. Work will run through January 2022.

General Atomics is based in San Diego.