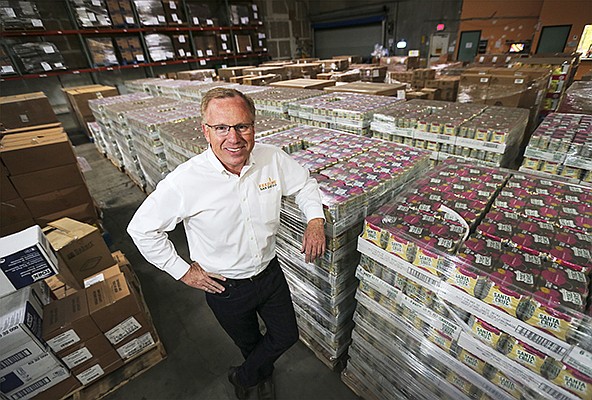 Call it what you will: “Hedonistic Sustainability,” the “Circular Economy” — San Diego businesses and nonprofits are panning for gold in the area’s food waste stream as well as innovating new solutions to old problems such as hunger and protecting the environment.

In this case, the waste is food — more than 500,000 tons of food is wasted in the county every year, according to the San Diego Food System Alliance, a nonprofit collaborative.

Meanwhile, ReFed, a network of nonprofits, businesses and government leaders with the intent to curtail food waste, says the U.S. spends $218 billion on food (growing, processing, transporting and disposing of) that is never eaten.

However, ReFed estimates there’s a business profit potential of $1.9 billion in food waste abatement based on a series of solutions, the largest of which comes in the form of waste tracking and analytics.

Jacobsen said there’s certainly an opportunity for retailers to use data to reduce the waste stream.

“As retail companies get better and better at using their data to understand who is going to be buying things, the sort of notion that Amazon can predict who’s going to be buying stuff before they even buy it — and they pre-ship stuff to their distribution centers — that’s the same sort of big data, that of course, could be used by grocery stores to make sure they don’t buy too much extra bread or produce or perishables, so that they have just the right amount,” he said. “They don’t want to run out, of course, but they don’t want to have a lot of extra.” 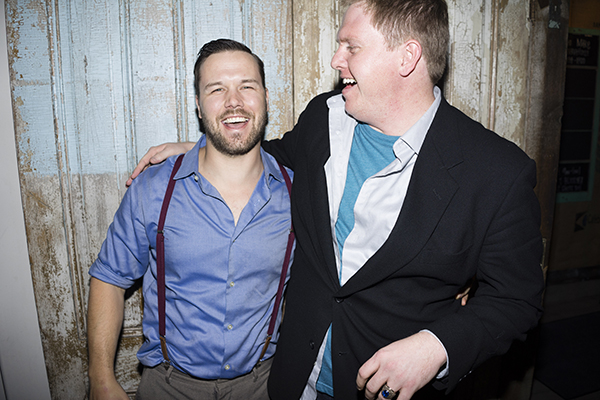 Whit Rigali and Sam Chereskin are co-founders of Misadventure & Co., based in Vista. The mission-driven distilling duo are receiving donated food products from the local food banks that have come to the very end of their lifecycle and are no longer edible, and upcycling those products into vodka.

Coming into a crowded marketplace as the distilled spirits industry is, Rigali and Chereskin knew their product had to be just as good, all the while appealing to consumers that are increasingly aware of food waste and environmental issues. 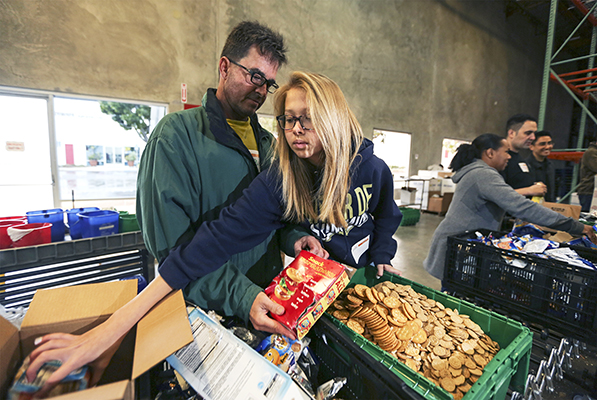 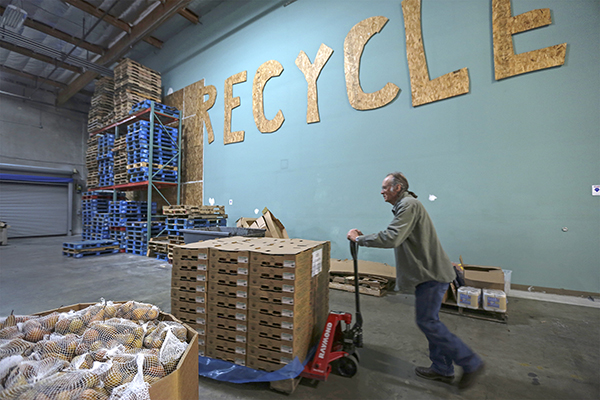 “In some ways, what we are attempting to do is — to say difficult — is an understatement,” Chereskin said. “On one side we have a retail marketplace that’s incredibly crowded with other distilled spirits, and on the other, the other value stream that we try to tap into for being able to manage waste effectively is a monopoly market for waste haulers on either side of us.”

He added they are trying to turn recycling into a consumer industry one sip at a time.

While Rigali and Chereskin, the company’s only employees, just relocated their headquarters from an incubator space where they began the company to a 3,000 square-foot warehouse in Vista, growth numbers were still at a “small plateau,” according to Chereskin.

“All of our products are marginally profitable,” he said. “Getting to a scale in which our entity is generally profitable is still much larger than where we’re at.”

According to Jacobsen, consumers have started to value environmental aspects to the things they’re buying more. “Companies pick up on that and the more that can happen, of course, the better the environment,” he said.

“If that food is allowed to go to the landfill, for example, that does environmental damage that nobody is being held accountable for. And if a new industry can come along and prevent that environmental damage, then not only is it re-using one industry’s waste products, but it’s also preventing some environmental damage somewhere else. So there might be this sort of double benefit,” he said.

Why would consumers value vodka made from somebody else’s byproducts versus fresh bread? Because they realize it’s reducing environmental damage somewhere else in the system, Jacobsen said.

Feeding San Diego is unique amongst hunger relief organizations across the nation in that 97 percent of the 26 million meals they generated last year came from rescued food, Vince Hall, CEO of Feeding San Diego, explained. Food that would otherwise go to the landfill, he said.

“That is very significant because it shows that capturing food before it enters the waste system and getting it to families in need is not only possible, it is also scalable,” Hall said.

Feeding 63,000 people per week, Feeding San Diego relies less on purchased food either from the federal government food commodity program or the state’s programs or even through consumer food donations.

“All three of those approaches are centered on newly purchased food to solve hunger,” Hall said. “The problem with those approaches,” he said, “is they’re not scalable because you are forever limited by the size of the government budget or consumer generosity.”

Relying on purchased food donations, also does nothing to address the environmental issues associated with food waste.

What began as a pilot program with 15 Starbucks stores throughout the county, Feeding San Diego now disburses its vans out to 204 of the coffee shops in San Diego every night to pick up the unsold food items. The organization also rescues food items from grocery stores such as Albertsons, Costco, Food 4 Less, Jimbo’s and Ralphs, to mention a few, while other sources of food rescue include more than 225 farms and packing sheds from up and down the state of California, picking up produce that either has a crop for which there is no market, or the oddly shaped, sized, and colored produce.

The San Diego pilot program with Starbucks has been expanded to 20 other U.S. cities, Hall said.

Added Jacobsen: “To that sense, it’s the economy working as you might expect, and as you might hope. If a waste product from a grocery store or a Starbucks store has value somewhere, then...it should be recovered.”