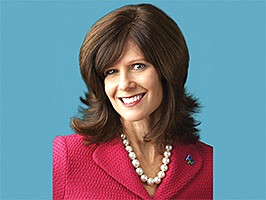 SD 500 recap: Susan Salka is CEO, president and director of the nation’s largest health care staffing company, AMN Healthcare, and now splits her time between San Diego and AMN’s burgeoning presence in Dallas. She joined the company in 1990 when it was just a small staffing firm known as American Mobile Nursing. At the time, Salka was vice president of finance. AMN’s 2018 revenue was more than $2 billion. Over the years, Salka has expanded, diversified and strengthened the firm’s offerings through dozens of acquisitions. She has also been a proponent of promoting women in leadership. Fifty percent of director-level and above positions at AMN Healthcare are held by women.