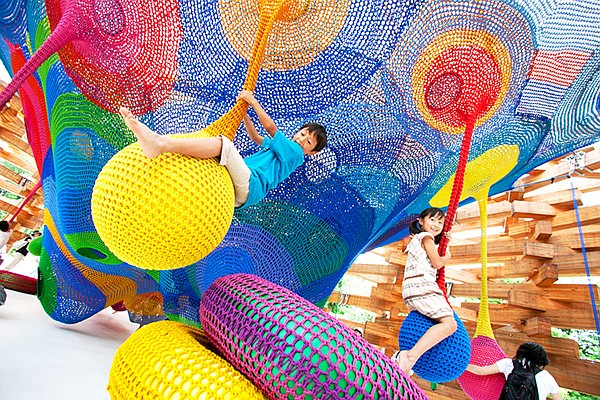 National Endowment for the Arts acting Chairman Mary Anne Carter has approved more than $27 million in grants as part of the Arts Endowment’s first major funding announcement for fiscal year 2019. Included in this announcement is an Art Works grant of $25,000 to The New Children’s Museum for a newly commissioned work by internationally recognized fiber artist Toshiko MacAdam. The Museum was one of only 52 museums nationwide to receive a grant (and one of 6 in California).

The grant will fund a new one-of-a-kind playscape structure by MacAdam, made almost entirely by hand. The artist will be onsite installing the newly commissioned work on the museum’s upper level beginning in late spring with the opening tentatively slated for early June.

“The arts enhance our communities and our lives, and we look forward to seeing these projects take place throughout the country, giving Americans opportunities to learn, to create, to heal and to celebrate,” Carter said.