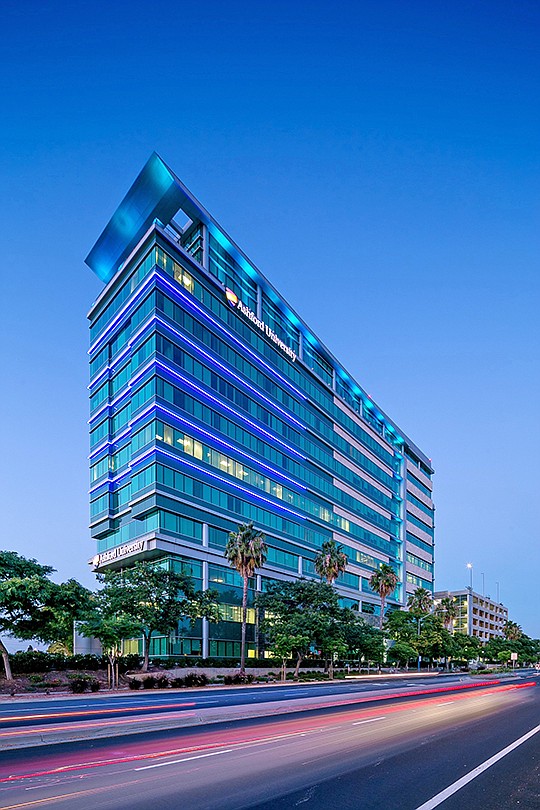 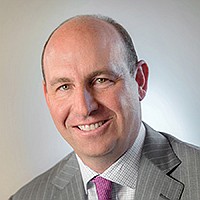 The final pieces of the Spectrum development that has redefined a central part of Kearny Mesa are about to fall into place.

Sunroad Enterprises will soon begin construction on a luxury apartment complex and renovation of the 11-story office tower that has become a landmark in the community — visible from multiple freeways.

Sunroad declined to say what the two final projects cost.

Plans for the office buildings were scrapped because demand for apartments was stronger, Feldman said. 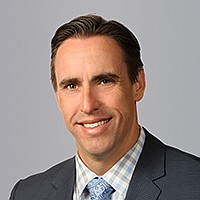 “Multifamily, from a value perspective, makes a lot more sense, especially if we’re getting back an entire building,” said Derek Hulse, managing director of Cushman & Wakefield, the commercial brokerage firm that is handling leasing of the office building. “Why build another?”

The Centrum office building is “new to the market in that it’s never really been available for a significant amount of time,” Hulse said. “This will be the largest Class A availability in central county, certainly Kearny Mesa. Not including downtown, if you look at Mission Valley, UTC and Sorrento Valley, this is going to be the largest.”

“One of Kearny Mesa’s community plan objectives is to create more housing in that area because it’s such a central location,” Hulse said.

The original plan for two office buildings was the first choice of the Kearny Mesa Planning Group, but the group does support the apartment project as an acceptable alternative, said Chairman Jeffrey Salen.

“I would say from the planning group’s perspective, we probably would have preferred to see construction that would have brought additional jobs to San Diego,” he said. “That’s not to say we’re against the (apartment) project. We voted in favor of it but from the overall standpoint, the planning group is very much in favor or preserving and creating jobs in Kearny Mesa.”

The planning group also was critical of the overall Spectrum development for what Salen said was a shortage of parking space.

“Additional open space for the residents there would have been very much welcome as well,” he said. “From an architectural standpoint, they’ve created a very walkable community.”

The Spectrum site was originally part of a massive General Dynamics complex that covered 232 acres.

Lennar purchased the entire General Dynamics site in 1998 and Sunroad bought 40 acres of the site from Lennar in 1999.

Sunroad subsequently sold about 15 acres and developed the rest as the Spectrum master planned community, with more than 2,500 apartments and the single office building.

The 11-story office building was the first structure to go up, stirring considerable controversy because of its height, given the proximity to Montgomery Field, a general aviation airport in Kearny Mesa.

The Federal Aviation Administration said the building was too tall, and Sunroad ultimately agreed to lop off the very top, lowering the building height from 180 feet to 160 feet.

At the time the office building was constructed, the plan was for Spectrum to be mostly commercial, Feldman said.

“We didn’t anticipate the demand for residential being quite what it is,” said Feldman of Sunroad Asset Management. “We decided to switch from office to multifamily a couple of years ago. I wish I could tell you that 20 years ago, we had the vision that this would be what it would look like.”

“The demand and the market for financing and permanent loans is very strong for multifamily,” Feldman said. “As we kept delivering more and more multifamily, the market got stronger.”

Work on the Vive Lux apartment building is about to begin, to be followed by the renovation of the office building.

Despite the controversy over the height of Centrum, “the building turned out to be a terrific success” with the structure fully leased from the outset.

“Few buildings can say they’ve been fully leased the day they were delivered and 14 years later,” Feldman said.

Renovation of Centrum is “really a unique opportunity because we’re bringing back to the market a newer 289,000 square-foot Class A project right off the freeway in central San Diego,” said Hulse of Cushman & Wakefield, adding the renovation should be finished by summer 2020.

Kearny Mesa is one of the tightest submarkets in the county for office space, with vacancy running at about 8 percent, Hulse said.

“Our target tenant base is the large corporate user that values amenities of housing and accessibility that this project could offer,” Hulse said.

In addition to the Spectrum development in Kearny Mesa, Sunroad is a partner with Majestic Realty Co. in the development of a 227,000 square-foot industrial park in Otay Mesa.