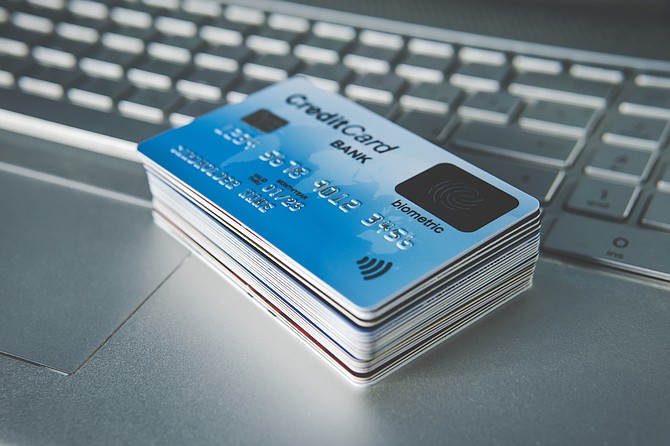 Startups may turn to credit cards as a fast source of cash early on in their operations. But they should exercise caution, and consider other options for raising funds, even if venture capital isn’t an option.

The data was based on a comparison of the total number of firms that had used business credit cards or personal credit cards to start their company. That was compared with the U.S. Census Bureau’s annual survey of entrepreneurs in 2016.

“For one, a business credit card can be a little easier to get if you’re an entrepreneur starting a business for the first time,” Schulz said. “It could be a way to jump-start your business a little more quickly than perhaps a business loan might be.”

Another potential factor: Schulz noted that San Diego is among one of the higher-ranking metros for credit card balances and utilization across the U.S.

Of course, the risks of funding a business with credit cards are quite clear. They come with fees and higher interest rates than a small business loan. Also, entrepreneurs may be putting their own credit on the line, since with most cards, they would be personally liable for the debt.

“A failure in the business can be a double-whammy to the entrepreneur,” Eric Otterson, managing director of Silicon Valley Bank, wrote in an email. “The monthly interest and fees can be a huge tax on the company that outweighs the initial gain if not managed properly.”

Instead, Otterson recommended “classic bootstrapping”: opting for a low (or no) salary early on, working from home, buying used equipment, and renting instead of making big purchases.

“Creativity is the best approach at looking how to manage expenses,” he said. “The best practice with all financing is to match sources and uses, meaning use short-term debt for short-term needs. For example, with credit cards, use them only for items related to filling orders — things that will see a short-term payback.”

Startups may opt to fund their business in “short sprints” through convertible debt, such as small rounds raised through friends and family. At this point, Otterson said it is key to set small, achievable goals and show that the company can execute.

“Set a new goal and a new target raise until you can show market traction to get angel and venture funding,” he said.

Tech Coast Angels — San Diego Executive Director Ashok Kamal said he sees early-stage startups either self-finance the company or turn to alternative means, such as credit cards or crowdfunding, before they raise from angel investment groups.

Most of the time, Kamal estimated startups wouldn’t use more than $20,000 in credit card debt.

Kamal said entrepreneurs who decide to use credit cards shouldn’t rely on them too much for their business, but should instead treat them as working capital leading up to funding — whether that’s in the form of angel investment, a convertible note, or even crowdfunding.

“It’s more of a bridge strategy while preparing for larger financing events,” he wrote in an email. “It’s for speed, and also ease of access to temporary funding.”