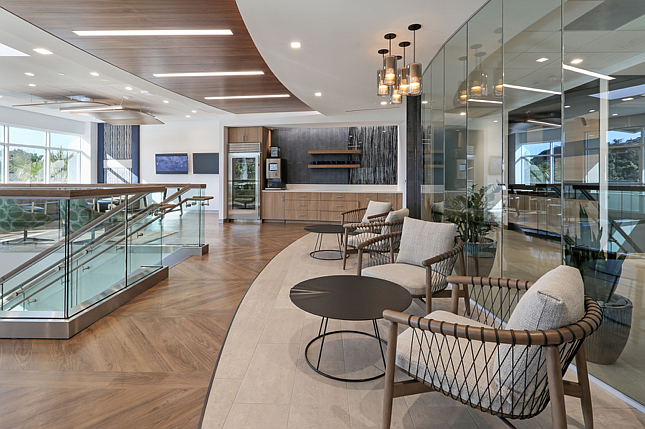 The law firms are going for lots of amenities, more group gathering spaces for video conferencing, and digital files.

Pacific Building Group has a history of remodeling law offices, but Roherty said the work has changed substantially in recent years.

Law firms still want private offices when they remodel or move, but they’re smaller than in the past, partly because more of the work is being done collaboratively in conference rooms, Roherty said

The biggest job of late was building new offices for the San Diego-based law firm of Robbins Arroyo in a 24,000 square-foot building the firm acquired in UTC at 5040 Shoreham Place. 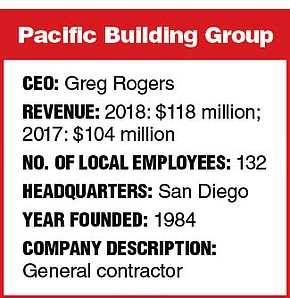 The work included a new heating and air-conditioning system, glass walls and doors and custom millwork.

The architect was Cooper Carry.