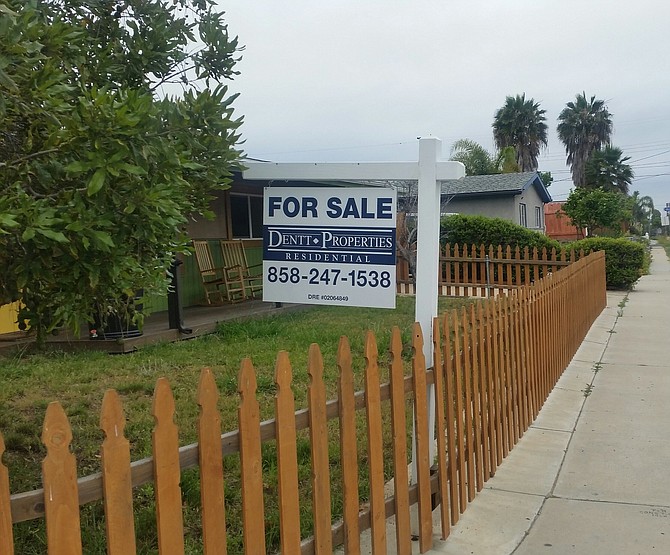 Selling a home can be a crying matter, according to a recent survey. Photo courtesy of Ray Huard.

In what has to be one of the more unusual surveys of the housing market, the home listing service Zillow reported in June that more than a third of people selling their homes cry when they do it, and millennials and parents cry the most.

Of those crying over the sales, one in five shed tears five times or more.

One reason for the sobbing in San Diego might be found in a separate Zillow report, which said that home prices in the region were flat from April to May, that competition among sellers was growing with more homes on the market than in May 2018, and that homes were taking longer to sell.

The market is still strong, Tucker said, and the slowdown just means that the market is getting closer to its historical norm.

“The gas pedal was pushed to the ground for the past several years, especially on the West Coast,” Tucker said. “I don’t think this is someone slamming on the brakes and really having major declines in home values. We don’t see that and don’t think that’s likely in the absence of extraordinary external surprises.”

According to Zillow, the median value of a single family home in San Diego was $591,000 in May — about the same as it was in April.

Accompanying the rise in inventory, the time it takes to sell a home has risen from 49 days a year ago to 57 days, according to Zillow.

“It’s still rather a fast market in San Diego,” Tucker said. “I see this as a healthy market where there’s a reasonable number of options for buyers to consider. Buyers may still feel a little bit frustrated by prices.”

Presenting a more optimistic outlook was the Greater San Diego Association of Realtors, which reported that the median single family home sales price was up 2.7 percent since the beginning of the year at $660,000.

Condominium and townhome prices rose more than 7 percent in May over April, according to the association, with a median recorded sales price of $434,000.

Zillow estimates the value of every home in the market, whether they’re up for sale or not, Tucker said.

He said the Greater San Diego Association of Realtors bases its estimate on actual sales.