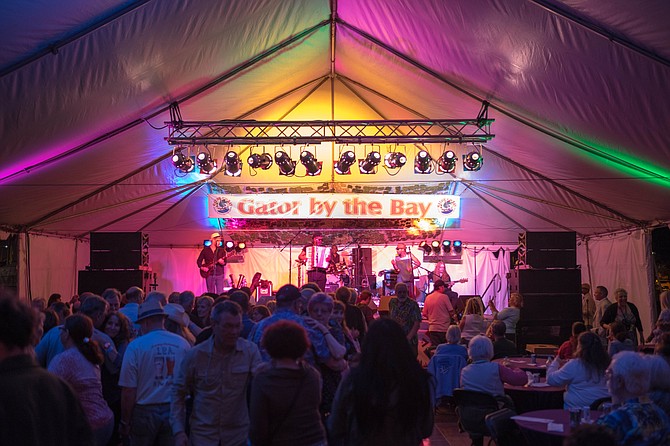 “We expect to sell this thing out.”

That’s what Ernie Hahn, co-founder of San Diego’s Wonderfront Music & Arts Festival (and general manager at Pechanga Arena), answered when asked what he anticipates attendance to be for the inaugural three-day event, to be held on downtown San Diego waterfront in November.

At $225 per three-day pass and with the expectation of capping out at 30,000 people a day, according to Hahn, that’s a total of nearly $7 million in general admission ticket sales. This doesn’t include the sale of VIP tickets or the secondary economic impact through hotel room bookings, food and beverage and additional recreational activities, although Wonderfront estimates the event will generate 18,000 total room nights and room revenue of almost $4 million.

As San Diego continues to make a notable name for itself on a national and even international level as far as tourism and hospitality is concerned, more and more and bigger and bigger music, art and culture festivals are sprouting in its backyard.

In 2015, San Diego saw the launch of both Kaaboo Del Mar Music Festival and EDM-focused CRSSD Festival, to list a few. Now, Wonderfront is slated to take over the waterfront from November 22-24, with seven stages and 85 bands performing from the south and north embarcadero, through Seaport Village and the Broadway Pier. Official brand ambassadors for the event include professional skateboarder Tony Hawk, former Major League Baseball pitcher Trevor Hoffman and professional surfer Rob Machado.

According to Colleen Anderson, executive director at the San Diego Tourism Marketing District, which gave Wonderfront $500,000 to kick off the annual affair, Wonderfront presents an opportunity for San Diego to boost hotel occupancy during a generally slow time of the year.

“The TMD board saw the potential for Wonderfront to drive overnight visitors to our assessed hotels but, more importantly, to become a signature San Diego event like Kaaboo,” she said. “The TMD grant is intended to give the festival a running start in its debut year that our board expects will also generate a return on investment through increased hotel stays… Every dollar spent on a hotel stay brings in over 10 cents in transient occupancy tax. This fiscal year, the city’s TOT collections are estimated to be $245 million, which is money that can fund essential services from public safety to road repair.”

Paul Thornton, Wonderfront co-founder and founder of events and entertainment company, Tag Presents LLC, said “The city of San Diego Tourism Marketing District was instrumental in helping us find the right weekend that would drive new incremental business to the city’s hotels, shops and restaurants/bars.”

To get an idea of the potential hotel room stays and revenue for Wonderfront, the San Diego Wine and Food Festival, a week-long culinary event held annually in San Diego’s Embarcadero Park North, generated 5,208 hotel room stays for a total return of $1 million for SDTMD’s $74,5000 investment in fiscal 2018. Similarly, the San Diego Bayfair Thunderboat Races, a three-day festival held in Mission Bay Park, generated 17,656 hotel room night stays for a total return of almost $3 million for SDTMD’s $95,000 grant in FY18.

Catherine Miller, a producer for the Gator by the Bay annual Zydeco, Blues and Crawfish music and food festival, which takes place in downtown’s Spanish Landing Park, said the 18-year-old event generates between 1,100 and 1,300 hotel room nights for the city of San Diego.

“We see about 13,000 people over the course of the festival,” said Miller of the multiday event.

According to Hahn and Thornton, the idea for Wonderfront came about when the two noticed an opportunity after San Diego’s former annual music festival, Street Scene, shut down in 2009.

“Street Scene was a huge part of the downtown experience. When it left, there was a huge void left in downtown,” said Hahn. So, the seasoned industry veterans teamed up about eight years ago and began brainstorming what today is Wonderfront.

After scouting multiple locations, including the Del Mar Fairgrounds, Camp Pendleton and Fiesta Island Park, Hahn and Thornton were convinced they needed to be by the water. When the Port of San Diego began to rebrand a handful of years ago, Hahn and Thornton approached it about their idea and the port was able to secure the downtown location.

Festival Won’t Lock You In

What sets Wonderfront apart from traditional multiday festivals is that concertgoers have the ability to walk in and out the festival area at any time, as many times as they want, according to Hahn.

“For most festivals, there are so many performances and acts people don’t discover because they don’t want to show up to the festival at noon and be in a cage for 12 hours without the ability to leave,” he said. “We spaced out our acts so that you can enjoy the experience. And, if you get tired, you can go walk to your hotel and take a nap or go grab a bite at a local restaurant. Or, you can even stay on the grounds and check out one of our chefs, activations or art installations. Then, when you are ready to get back to the music, you can get on our app and plot out your next discovery.”

Taking place right before the Thanksgiving weekend, Hahn and Thornton wanted Wonderfront to not only occur during one of the slowest weekends for San Diego in hopes of significantly boosting the economy, but also be considered the last major festival of the year. Still, what makes them both most excited, by far, is being able to follow in the footsteps of Street Scene and host this entire thing at the waterfront.

“Visitors will have the ability to walk out of all those stages into the Gaslamp and experience all that downtown San Diego has to offer,” said Hahn. “Our secret sauce is really our location.”