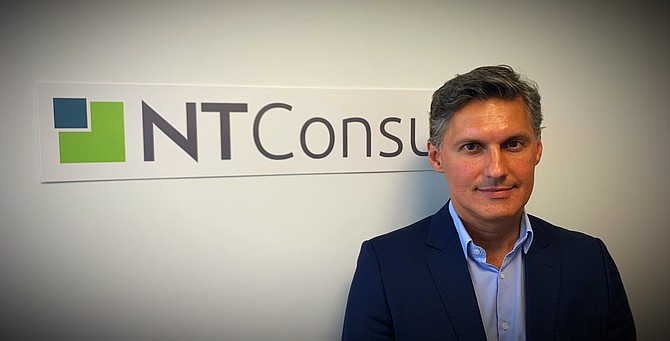 NTConsult founder and CEO Cláudio Comunelo said he made the decision last year to pick San Diego for the company’s U.S. headquarters.

“We did our research, and understand that this area from San Diego to Orange County has lots of interesting companies in biotech, medical devices and finance,” he said. “Last year, I moved with my family. The goal was to set up the company, select a management team and get things rolling.”

In the past year, Comunelo has brought on former Qualcomm Director of Business Operations Marcelo Ceribelli to serve as general manager, and longtime software sales executive Mindy Shanes to serve as the company’s vice president of sales and marketing.

He plans to hire for more senior roles at the company’s offices, currently located at a Regus coworking space in Sorrento Valley. He plans to hire for program managers, business analysts, systems analysts and sales engineers before returning to NTConsult’s Porto Alegre offices in December.

Comunelo said he plans to take a hybrid approach, having local resources and using NTConsult’s development centers in Brazil, Uruguay and Peru.

“The idea is there will be local people who can establish a connection with our clients. Our approach is to have more strategic roles here, with senior and seasoned professionals,” he said. “There’s a huge shortage in the software industry of resources, especially in the U.S.”

Comunelo founded the software company in 2003, during a difficult time in Brazil’s history. Other companies were divesting from Brazil at the time.

“It was in the middle of this very complex and turbulent period of time in Brazil,” he said. “During that time, I founded the company with three people. We bootstrapped it.”

The company has been growing organically ever since. With the new office, Comunelo hopes to gain new contracts and build long-term partnerships with companies in San Diego.