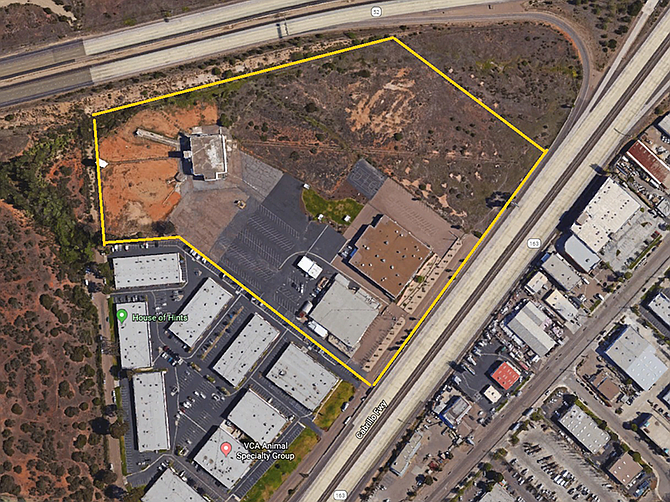 Cubic Corp. has sold a 21-acre piece of land in Kearny Mesa for $35 million to a Dallas-based investment firm in a deal that is rare both because of the size of the property and because there has been so little new development in Kearny Mesa.

The property at 5650 and 5660 Kearny Mesa Road was acquired by LPC West Inc. in partnership with a private equity real estate fund advised by Crow Holdings Capital.

Cubic said that selling the Kearny Mesa Road property was the first step into consolidating its two San Diego campuses into one site at its headquarter at 9333 Balboa Ave.

The company also sold property it owns in Orlando.

Combined, the sale of the San Diego and Orlando property was for $46 million.

The land Cubic sold in Kearny Mesa has three buildings on it.

Black declined to say what would replace the existing buildings.

Speculation among commercial real estate brokers is that the LPC partnership plans to build a pair of office buildings on the site.

That would make it the first new office development in several years.

The most recent office projects that were built with no specific tenant lined up were the three-building Terraces at Copley Point and Sunroad’s Centrum office tower — both in 2008, Bonner said.

Renovating existing buildings, has accounted for most of the activity in Kearny Mesa.