Iron Fist Brewing has landed a deal with Walmart. 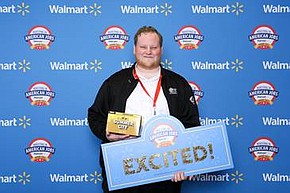 According to a press release, the Vista-based company got a contract on-the-spot with the national big-box retailer during its recently-held 6th annual Open Call initiative. The family-owned business pitched and secured a deal for its Summer City Lager, to be sold in select Walmart stores in coming months.

Two other San Diego companies, Escondido’s American Agave and Crafted Brand Co. LLC. in Encinitas, also met with Walmart and will hold future meetings to iron out some details that will potentially get their items on Walmart shelves. American Agave pitched its Silver Spirits and Crafted Brand promoted three kinds of its sparkling mixer and its Sparkling Vinegar drinking line.