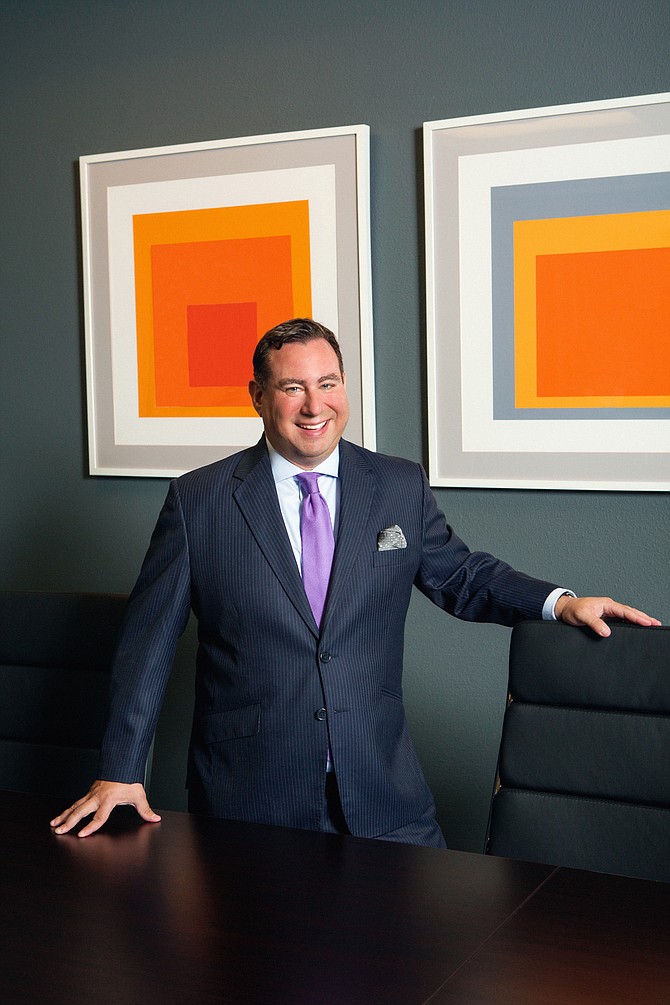 Steven Coopersmith, the lawyer behind the lawsuit, said the speed and ease with which Civic San Diego approved projects was a central reason for the lawsuit. He believes the agency was not considering all the issues. Photo courtesy of Becca Batista.

Give us a chance, is what city planning officials are asking as they present plans to take over the downtown planning and permitting duties that have been handled by Civic San Diego — the independent agency created in 2012 to oversee downtown development.

Civic San Diego will continue to review downtown projects for at least the next five years and possibly 10 during the transition under a scenario that will take effect in July pending City Council approval.

But the role of the agency will shift to that of consultant on development projects under newly developed transition plans.

The actual project approval will go through the city Development Services Department.

Some projects could wind up before City Council for final approval, although most will likely be handled administratively, said Planning Director Mike Hansen and Erik Caldwell, deputy chief operating officer for Smart and Sustainable Communities.

The process will be pretty much the same. Developers will even go to the same physical offices as they do under Civic San Diego.

“The intake process, the customer experience will all be the same for the foreseeable future,” Caldwell said, adding that many of those who work for Civic San Diego will move over to the city, Caldwell said.

“The idea is that as many of those individuals that want to come over to the city, we’ll try to facilitate that for them. We’re going to make positions available,” Caldwell said. “You don’t want to start from scratch.”

Civic San Diego is losing permitting and approval authority in the settlement of a 2015 lawsuit filed against the city by a former member of the agency board, Murtaza Baxamusa, and the San Diego Building & Construction Trades Council.

Had there been no lawsuit, the city’s agreement with Civic San Diego would have been up for renewal in 2022.

Critics worry that the new setup outlined by Caldwell and Hansen will take longer, driving up the cost of new projects.

Among the skeptics is economist Alan Nevin, director of economic and market research for Xpera Group, a construction consulting company.

“The city Development Services Department has 700 to 800 employees and under the best of circumstances, it’s very difficult to get things approved. It’s not that they’re bad people. It’s just bureaucracy at its worst,” Nevin said. “Basically, Civic San Diego took out the bureaucracy and allowed developers to proceed in a timely fashion.”

Civic San Diego was created in 2012 as Corp. (CCDC) when redevelopment agencies were abolished throughout California.

CCDC had been the redevelopment agency for downtown since 1992 and functioned independently apart from the rest of city government. The goal was to encourage and speed up downtown development.

“The reality is that there are very few projects that fail to go through downtown. Virtually everything gets approved. Theremay be modifications on design. There are a couple of projects they said were not good looking and they wanted the architect to do something better,” Nevin said. “The reality is, for the most part, projects get approved.”

Steven Coopersmith, the lawyer behind the lawsuit, said the speed and ease with which Civic San Diego approved projects was a central reason for the lawsuit.

“The hope is that they slow down, not slow down development, but slow down planning,” Coopersmith said. “It wasn’t just speed. It was that they weren’t considering all the other issues.”

Those issues, as Coopersmith sees it, include taking a closer look at the type of development downtown.

Nearly all of the new development in recent years has been high-end condominiums and apartment towers, and Coopersmith said downtown development should be more inclusive.

He said the new structure is promising because it makes planning decisions more transparent.

“The only hope I have is that they don’t take the bad parts from Civic San Diego and that they take the good and not the bad,” Coopersmith said. “If it works out that it’s quicker, hey, great.”

Victor Krebs, a senior vice president with Colliers International, said he’s optimistic but concerned that the change could bring politics into the mix and slow the time it takes to review projects.

“I’m hopeful that the city’s integration (of Civic San Diego) will maintain the approval timelines that Civic San Diego has delivered,” Krebs said. “If not, it will be a step backwards for downtown San Diego’s development. It would be a shame if this happens.”

Caldwell said he understands the apprehension some might feel over the change, but predicted that “a year from now, two years from now, five years from now, people will look at this team and at the service level we’re providing and say ‘fantastic job.’”

While Civic San Diego is losing permitting and approval authority, the agency will continue to promote downtown economic development with business assistance programs and help with the financing for affordable housing, Caldwell said.

“They’ve been very successful in doing that in the past,” Caldwell said.